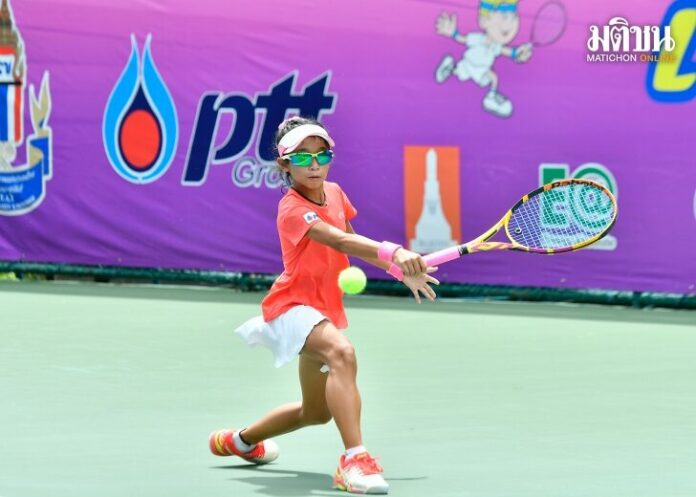 youth tennis tournament Model not over 14 years old, collecting Asian points, grade 2, “LTAT Asian Fourteen and Under 2022”, the 6th time at the National Tennis Development Center, Muang Thong Thani on September 30 2022 in the morning is the semi-final competition. in the single female category There are 2 Thai tennis players who have reached this round, namely “Pinpleng” Natrada Sakulwongthana, a 13-year-old Thai national youth team, and “Beer” Chotirin Kaewka, a 12-year-old Thai national youth team.

The results of the semifinal match: Nutrada, the third seed and the 31st of Asia, showed off form “1st favorite” Ara Asal Azim of the Maldives, the 16th seed of Asia, won 2 sets in a row 6- 0, 7-5, while Chotirin, the 224th hand of Asia, uses the confidence to overturn “Teng 4” Phuong Khanh Wu of Vietnam to win 2-0, set 6-3, 6-0, resulting in the Thai hitter orbit. meet in the finals Which competed in the afternoon of the same day, the results showed that Natrada, who won the championship the week before. Played decisively, defeating Chotirin 2 sets in a row 6-1, 6-0 Natrada won the women’s singles championship. Ready to receive 200 points for Asian rankings, while Chotirin, the runner-up, received 133 points.