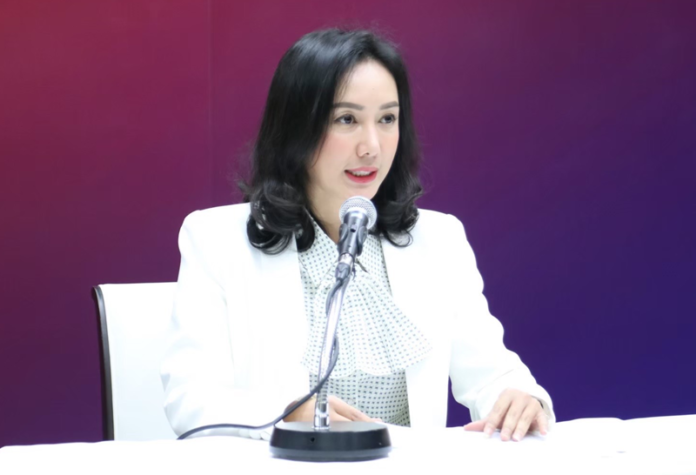 Pheu Thai compressed marijuana for 2 months, creating a catastrophic disaster for Thai society. urge the state to listen to the people’s warnings, cancel it first, don’t be more stubborn

Miss Arunee Kasayanon, Deputy Secretary-General of the Pheu Thai Party Mentioned after the Ministry of Public Health issued a drug category 5 or ‘marijuana-cannabis seri’ for two months that it has created a devastating threat to the already marginalized Thai education system in a very difficult situation. climb and also create social problems All of them were born out of little thought, carelessness, and coverage of the government. regardless of the consequences that will follow

Think of just letting the coalition government in charge of this policy make a policy that doesn’t need to be urgently said. Just to maintain support in the coalition government only. If so, this government is taking children and youth hostage to negotiate political gains. Although it must be realized that Unregulated marijuana It is becoming a problem that affects children and young people ignorantly in the long run.

In this regard, I would like the government to listen to the people’s warnings. Warning sounds are all around. You have to listen more than pushing forward. especially the local medical group Ramathibodi Hospital Mahidol University, 851, a list of names asking the government to immediately shut down marijuana liberalization in a vacuum state. There is also a campaign for listing through change.or.th to slow down free marijuana and ask for a law to protect children using marijuana first.

Therefore, General Prayut Chan-o-cha, Prime Minister and Mr. Anutin Chanvirakul, Minister of Public Health Free marijuana must be abolished first. maintained for medical use and hastened to enact laws to protect children using marijuana before the future of the nation is more ruined physical condition And their prudence also requires more prepared care, advice and legislation. If you’re not ready, you shouldn’t do it. There is no need to rush. Many students dropped out of the education system due to lack of government administration. Solve this so that you can think of something else.