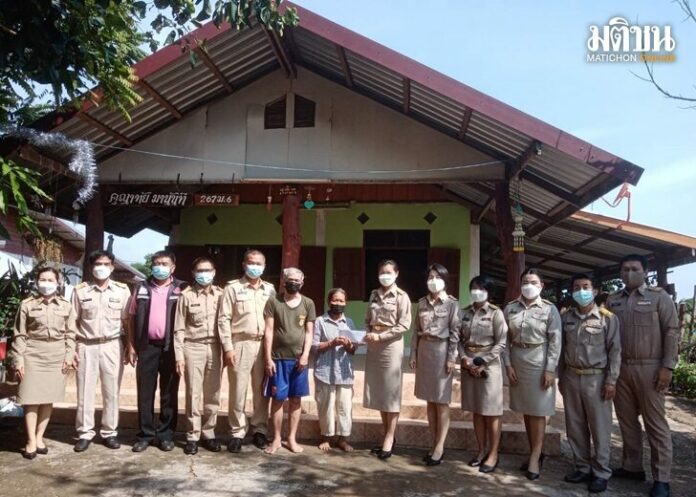 Today (30 May 2022) Mr. Suchart Chomklin Minister of Labor Revealing the case that the media published news on social media posts on Facebook that a Thai woman named Praew was thrown from a 4th floor building in Oman. Until causing his death on May 27 last that General Prayut Chan-ochaPrime Minister and Minister of Defense Concerned about all Thai workers working abroad and expressing condolences to the families of the workers who lost their lives this time.

“The case was reported by Mrs. Palida Ruamkham Minister Counselor (Labour) at the Royal Thai Embassy in Abu Dhabi, United Arab Emirates that from coordination with the Royal Thai Embassy in Muscat, Oman, learned that the said Thai woman was named Miss Supparat Nganlasom a native of Sakon Nakhon Province traveled on a tourist visa came to work as a massage therapist in Oman whose husband is Oman and the incident caused death Currently in the police investigation class. It may take about a week or more depending on the case. If the police have concluded the case The Ambassador in Muscat will issue a death certificate to the deceased. and bring the corpse or ashes back to Thailand for religious ceremonies according to the wishes of their relatives. Received preliminary information. Labor offices (Public Organizations) everywhere increase the strict supervision of Thai people who work abroad as well,” said Mr. Suchart.

Mr Suchart also gave the labor office in Abu Dhabi, United Arab Emirates. which is the territory responsible for the care of workers in Oman as well has coordinated with the Ministry of Foreign Affairs to provide assistance and assistance in order to facilitate funeral arrangements according to the wishes of relatives Including today’s agencies under the Ministry of Labor, Sakon Nakhon Province which is the domicile of the deceased Thai woman have visited the area with the district deputy local government organization social development and human security in the province and relevant agencies to visit homes to encourage families to provide information on the process of providing assistance, clarifying the benefits of Thai workers traveling to work abroad in the Ministry of Labor and informing the process of handling the bodies under the supervision of the Ministry of Foreign Affairs

According to the data from the Department of Employment (KRC) in April 2022, there are currently 112 Thai workers who are expected to work in Oman, 34 are traveling by themselves, 7 are taken by their employers, 71 are re-entries. Most of them work as spa massage workers, traditional massage, welders, maintenance technicians and cooks, earning an average income of 30,000 – 60,000 baht per month.