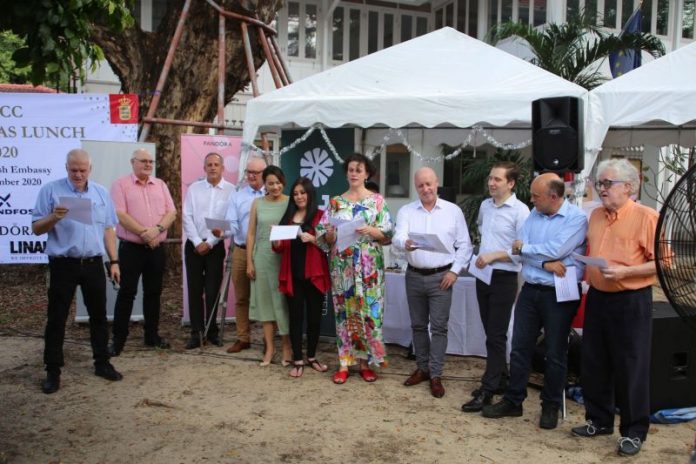 The Danish Thai Chamber of Commerce releases captured moments and a memo from their Annual DTCC Christmas Lunch 3 December 2020.

130+ guests were registered and almost all turned up at the gate of the Embassy of Denmark. The DTCC reception team composed of staff from DTCC and SHAW Group who assisted in setting up the arrangement at the embassy. The staff from Stable Lodge helped since the early morning with the decoration and preparing the delicious buffet which was praised by the guests.

Ambassador Jon Thorsgaard, DTCC Chairman Claus Rasmussen and Executive Director Michael Andersen welcomed the guests with information on activities planned for 2021 to celebrate the 400-year anniversary of trade between Thailand (Siam) and Denmark. Officially Denmark commenced trade with Siam under the…