countdown to the Cambodia edition of the SEA Games 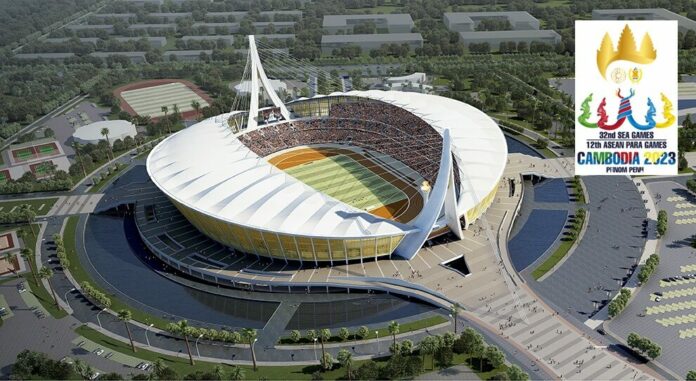 countdown to the Cambodia edition of the SEA Games

regular sports events SEA Games of the Southeast Asia region will hold the competition every 2 years, but with the situation of the Covid outbreak, The 31st SEA Games in Vietnam Which is about to draw the curtain on May 23, this competition has to be postponed from the original schedule last year. And as a result, there is no one-year break for the next race.

for sports 32nd SEA Games The competition is scheduled for May 5-16, 2023 in Cambodia, originally the Philippines was chosen to host the SEA Games. But as Brunei withdrew from hosting the 30th edition of 2019, the Philippines moved to that host instead. And the right to host the 32nd time goes to the Cambodians who offer to enter.

For the first time in history, Cambodia will host the largest sporting event in the ASEAN region. After having held the event once when the third tournament was called the “Xiaps Games” in 1963, that time had to be canceled due to the political situation in the country.

Preliminary, Cambodia uses Phnom Penh as the main competition area by creating Techo Heritage National Stadium Up to support a capacity of approximately 60,000 seats. Construction was completed and opened for the first time in August last year. The area is also surrounded by a multi-purpose sports center for hosting various indoor and outdoor sporting events.

The stadium is aided by the Chinese government. including a budget of 1.1 billion yuan (5.5 billion baht), including Chinese architects and engineers It is a celebration of the friendship between the two nations. The long sides of the Techo Heritage National Stadium are designed to resemble the bow and stern of a ship. Referring to the Chinese sailing ships visiting Cambodia In addition, the prow and stern of the boat’s pointed, curved shape also convey the greeting “wai”, which is a familiar greeting to people in the region.

with the number of such initial sports The next SEA Games is therefore the SEA Games that hosts announced the start of the most sporting event since 1977, while also allowing other nations to offer additional sports. such as the one that Indonesia submitted a request for the sharing of Chak Silat It is expected to knock the number of sports again at the SEA Games Council meeting in Phnom Penh this June.

The Organizing Committee of the 32nd SEA Games has scheduled two main activities as a prelude before the actual competition. That’s the 100 day countdown event before the opening ceremony at the end of December. and the torch lighting ceremony in January-February next year

Cambodia will send actors and executives of the 32nd SEA Games Organizing Committee to pick up the SEA Games host flag from Vietnam. At the opening ceremony of the competition at Ding Stadium in Hanoi on May 23, an 11-minute series of performances will be prepared, showcasing the country’s folk art and rich history.

It’s the prelude to the first major event in the country’s history next year.