Bring back the bright, chic age that you want to go back to school

Classroom Series What do you teach us?

School-age life is often a time to get to know the world in a new light and in a new context. All kinds of stories come and go incessantly. both love A wonderful relationship among friends to chasing dreams that can cause tears and to reinforce those bitter memories As we welcome the new school year, Netflix is ​​back to treat teenagers and professionals alike with a list of Korean dramas set in schools. and university that will make us look at the world with filters that are brighter than before Awaken us in childhood to come back alive again. So what did these school-age series teach us? Let’s go check it out!

#Dare to have hope and dare to dream again If you’ve ever asked yourself the question, “What is Growing and Living Happily” Introducing Annarasumanara: Ohm Rak Aye Jongma (The Sound of Magic) A fantasy series that has been a buzz around since its release. With the skill of directing that touches the emotions and beautiful pictures of the director.Kim Sung Yoon This series takes us into a magical world full of charm and heartwarming stories. To join to find the hidden child in everyone. through a touching drama story of a girl namedYoon Ah Yi (played by Choi Cheong Eun) whose circumstances in life lead her to become an adult too quickly, with Ri Eul (played by Ji Chang Wook), a mysterious young magician who yearns for a return to childhood andNail drew (played by Hwang In Yeob) A young man who has to be number one because he is pressured by his family not to go out of his way. The meeting of the three characters is thus the beginning of a quest for the courage to hope and dare to dream again.

See also  Meteorological Department warns in the next 7 days, beware of danger from heavy rain may flash floods Small boats should keep ashore. 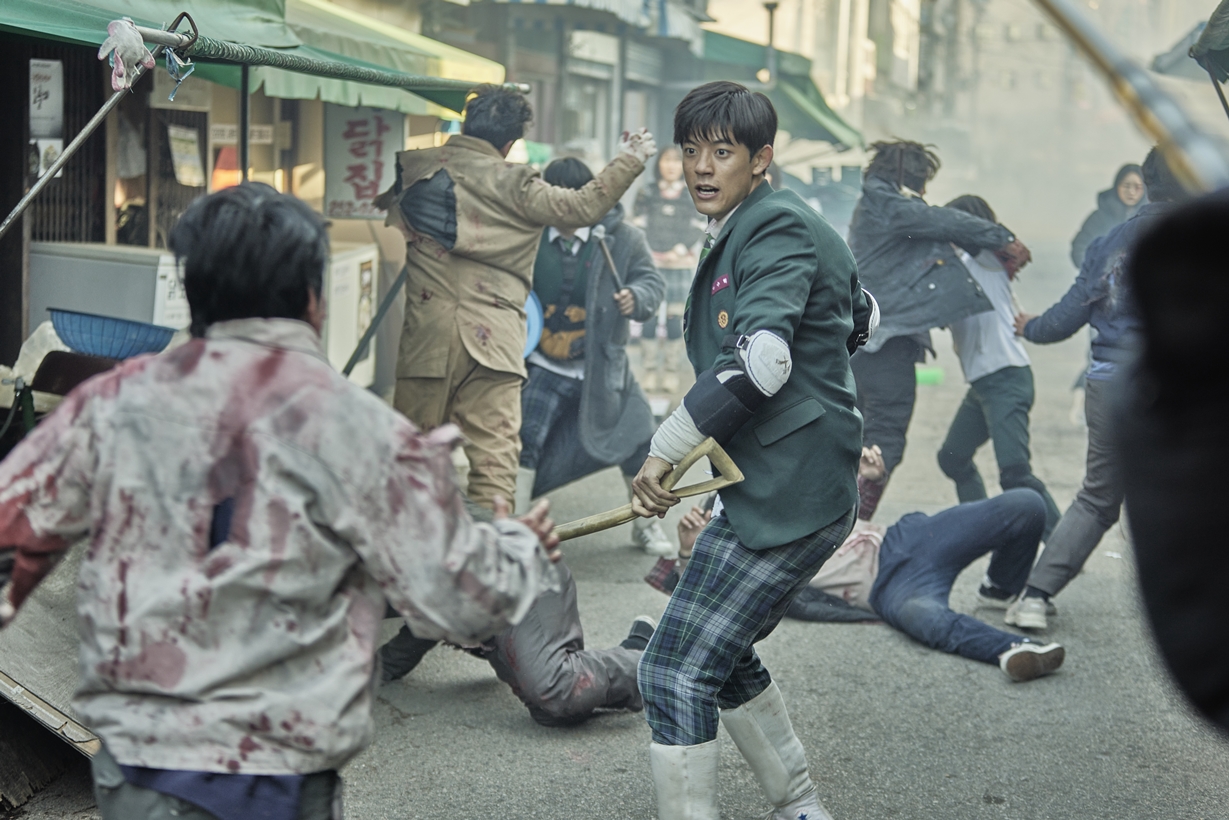 From the legendary zombie webtoon that has been turned into a live-action series. Zombie High School (All of Us Are Dead) It is a series that takes us back to find love and friendship with fellow gangs. The story revolves around a group of high school students trapped in a school and in dire situations. While trying to find a way to escape the zombie apocalypse in the school. group of students consisting of Onjo (played by Park Ji Hoo) cheongsan (played by Yoon Chan Young) Namra (played by Jo Yi Hyun) Soo Hyuk (played by Roman) and others are stuck in the midst of this dire situation. A deadly battle between the zombie-turned students and their friends. A survivor struggling to escape death
until they found true friendship in the middle of the apocalypse battlefield. thus becoming the charm of this series.

#Be brave to face your own actions. story series Love business secret club (Extracurricular) It is another option that should not be missed. Guaranteed by the award for Best New Actor and Male Actor at a rising star. Park Joo Hyun can be obtained in 57th Baeksang Arts Awards Dark stories focus on
Oh Ji Soo (Played by Kim Dong Hee) Outwardly, he is quiet, prudent, hardworking and has good behavior. Although he had the intention of attending a top university by earning money to send himself to school because his parents separated Instead, he chooses to commit crimes to fulfill that goal, ignoring method and accuracy. Seo Min Hee (played by Jung Da Bin) Sideline girls and rich children like carrying yuri (played by Park Joo Hyun), who is Ji Soo’s roommate, is also involved in the crime. The way of crime and violence lies ahead of them. We will see both the role of the surrounding adults and the ignorance of the problems of the youth. Including the youth’s own decisions that can lead to irreparable consequences!

See also  The “voice” that TikTok is focused on marketing on the platform. Bring back memories of your first love at school age with perfect chemistry. Presented in bright and pure tones like summer. along with the plot of a romantic comedy that captivates the audience through a new perspective when life is captured through Documentary. Our Beloved Summer: We Love You Hot (Our Beloved Summer) The story takes place through the life of a very ordinary character of a teenage couple who is extremely different. Gook Yeon Soo (played by Kim Da Mi) The number one student of the school with Choi Woong (played by Choi Woo Shik) A male student who has always been the last and is always sleepy. The two 19-year-olds had to film a documentary together to tell their lives through the perspectives of “First and Last,” and the documentary was released to audiences across the country. The two have brilliantly conveyed their deep chemistry in their roles as the sweethearts of their former teenage couples. and then parted with memories of love and hate Before the documentary that had been shot came back on trend ten years later when the couple had broken up. This series is therefore a representative that reminds us that No matter how much time changes a person’s habits or goals in life But we will always remember the sweet and bitter love that once happened.

#Be brave to question and seek the truth. Homecoming of law students Or anyone who likes a series of detective stories, I recommend it. Law School: Life of a Law Student (Law School) A series with a rich and complex plot. When the justice system is put to the test after a shocking incident in a law school leading to an investigation into the past to find the real killer, led by Yang Jung Hoon (played by Kim Myung Min) A skilled former prosecutor turned school professor. In addition to those disciples like han jun hui (played by
Kim Bum), the top student of the year. Kang Sol A (played by Ryu Hye Young) andKang Sol B (played by Lee Soo Kyung) A student with very different family backgrounds. There is also Seo Ji Ho (played by David) Cheon Ye Seul (played by Go Yoon Jung) Yoo Seung Jae (Played by Hyun Woo) These characters will gradually Take our hand and join in assembling the puzzle pieces. To find out what law and justice really is!

Is there any other school-age series that reminds you of your own story? Try to share for the gang to come back home with spleen.
Long quality series Get it today on Netflix!

Thai Airways has sold 11 of its old aircraft, 26 to go