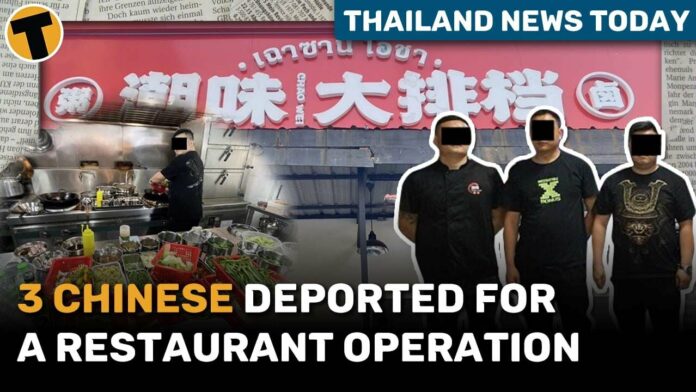 Immigration Bureau officers raided the Chaosan Osha Chinese restaurant on the Rama 9 Road in the Huay Kwang district of Bangkok.

They were reported to have entered Thailand on tourist visas. The restaurant did not have an operating license, and all of them did not have work permits.

Arresting officers stated that the Chinese men opened the restaurant and hired only Chinese citizens to work there.

The 3 men were charged with violating the Working of Aliens Act: an alien who engages in work without having a permit…

Want more pay? Go to the office 5 days a week

Want more pay? Go to the office 5 days a week