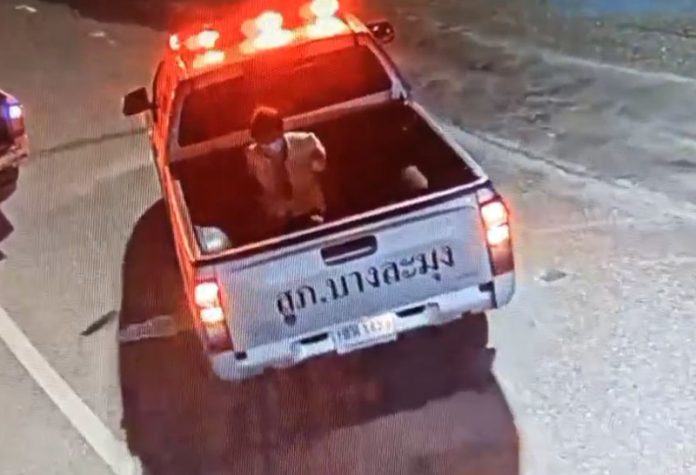 Young relatives had an accident. ignorant cause of death After the police arrested the drunken, urine test, finally died.

A group of relatives of Mr. Thanawat Kladsanoh, 41, consisting of his father, mother, sister, brother, came to complain to the media after Mr Thanawat’s death. by revealing that on November 22, Mr. Thanawat Had an accident on Sukhumvit Road, Naklua Subdistrict, Bang Lamung District, Chonburi Province. Coming straight, the other party has been riding a motorcycle across the U-turn to cut the front of the car. until the collision causing injuries Until the rescuers came to help take the parties to the hospital. But Mr. Thanawat There were no injuries, so they weren’t delivered. The police later came to investigate the scene. before detaining Mr. Thanawat The reason why the officers detained Mr. Thanawat to detect drugs and the amount of alcohol in the body, but not found Until late at night, he found that Mr. Thanawat had a bloody discharge from his mouth and nose. therefore took them to Bang Lamung Hospital But with severe condition, had to be transported to Chonburi Hospital until death by specifying the cause of death The brain was severely affected. came to know that Mr. Thanawat Died after several hours of being unable to contact. because the officers have confiscated the mobile phone so no one can be contacted at all.

Which such incidents caused sadness and doubt over the death of Mr. Thanawat. It is very much making everyone suspect that even though Mr. Thanawat being the one who came directly Most likely the party was locked in handcuffs. mobile phone Including the delay in bringing to the hospital, causing Mr. Thanawat to die, which if contacted, would follow or help to take him to the hospital, Mr. Thanawat may not have died.

The post Young relatives enamored with death after being detained by police for examination appeared first on INN News.