win a return “Chris-Pirawat” popped up a mocking comment. “Lion-Prajaya” flirt with me!? 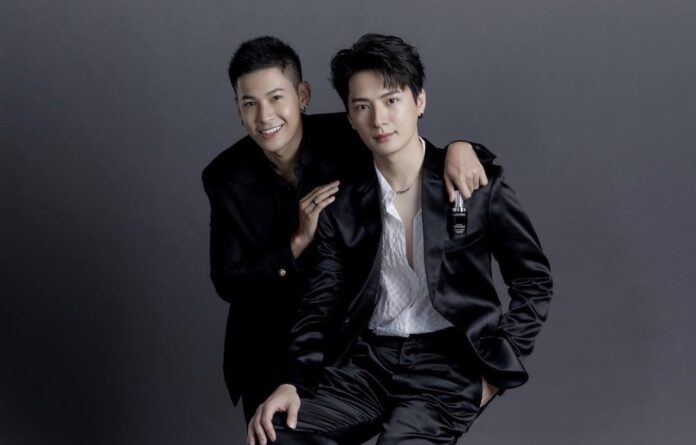 Fans secretly hope win a return “Chris-Pirawat” popped up a mocking comment. “Lion-Prajaya” flirt with me!?

called after young “Chris-Pirawat” announced the end of the role of the duo. “Singto Prachaya” makes fans secretly disappointed. Because many people grew up with this couple. and is considered the first Y line duo in the industry that has it all Recently made Kris-Singto fans. rejuvenated his heart again after “Singto-Prachaya” posted an Instagram to promote the poster of the upcoming series “Jenny Day, Night”, which is about to be broadcast. via the AIS PLAY application, starting on Thursday, October 6 at 19.00, in which the poster depicts a young lion dressed as a woman in the role of Jenny, making the number of likes of this post surpassed a hundred thousand. Plus fans and people in the industry come to comment Most of them all said wait and see, the lion is very cute, the lion has a very sweet face, is very beautiful, etc., but it caught many people’s attention. Cap kept it. Finn almost immediately. Because one of the comments was a young Chris-Pirawat who appeared in the comments. Young lion in this post, the message “Wow, flirt a bit” makes the fans happy. Press like this comment through more than 2K and come to comment on many young Kris such as Please help with all the energy, Oh, you’re not a boyfriend anymore, flirt with each other, flirt with each other in the media? This event is also known as a good story moment that makes fans of Kris-Singto think about and keep it in memory because even though they both announced their end of their role as duo and traveled to grow in different career paths. But the friendship, memories and concern from fans We always have each other. For anyone who wants to watch the series “Jenny Day, Night”, a series of works that is an important character flip of the lion, must not miss it, starting EP 1, Thursday, October 6 at 19.00 via the app. Application AIS PLAY #Jenny day and night. #Jenny the series CH8 #AISPLAYOriginal