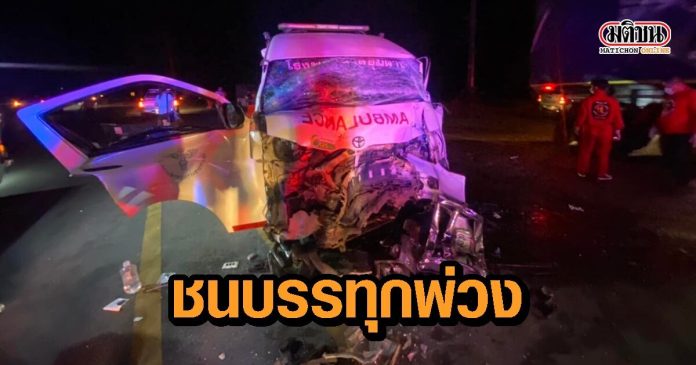 urgent! A truck collided with an ambulance at Umphang Hospital, injuring 4 people, including patients.

Umphang Chok hospital car was found in the middle of the road. The front was demolished. The emergency lights are still on. Four people were injured inside the ambulance, including two seriously trapped. The staff had to use cutting equipment until they could be taken out. and first aid Then rushed to Mae Sot Hospital.

From the initial investigation, it was known that Ambulance at Umphang Hospital The patient is being taken from Umphang Hospital to be taken to Mae Sot Hospital. But on the way there was an accident with a tow truck. but still don’t know Collision for any reason, who is at fault or who is right, Mae Sot Police will double check the facts