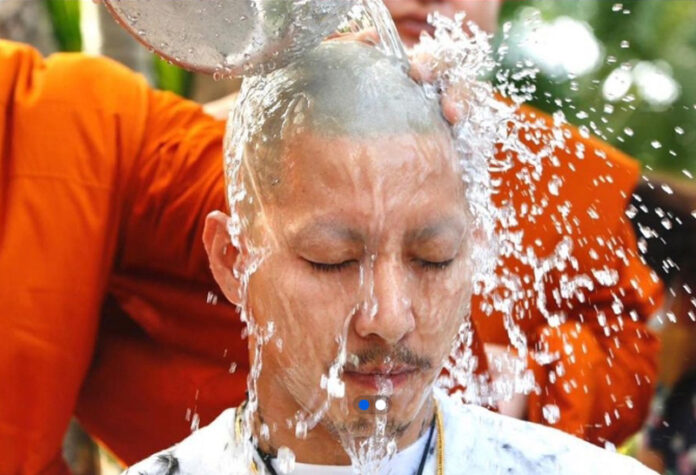 Completed the ordination ceremony On the morning of today, January 9, 2023, at Wat Phra That Phanom Woramahaviharn, That Phanom District, Nakhon Phanom Province for singers and young actors “Tono Phakin Khamvilaisak” in return for the kindness of the Thai-Lao brothers. who participated in donating money to help the project OneManAndTheRiver One swimmer, many give that succeeded beyond the goal

which the atmosphere in the morning There was a Naga parade ceremony with both Thai and Lao fans. who came to support the merits abundantly After completing the Naga parade ceremony entered the ordination ceremony who will be ordained for 7 days, with a schedule to practice dharma at Wat Phra That Phanom Woramahawihan for 3 days before traveling to Wat Phra That Sri Khottabong, Khammouane Province, Lao PDR for 2 days, then return to the temple. Phra That again until maturity and then leave the Sikha on January 15, 2023.

In this regard, “Tono” received the Dharma title “Sutthasattho”, which can be translated as a person of pure faith. Among the family and girlfriend “Nicha Natthanicha Dangwattanavanich” who also traveled to attend this ceremony. Inflation expected to dip through year