The swing of baht affects the price of rice, exports next year 8 million tons. 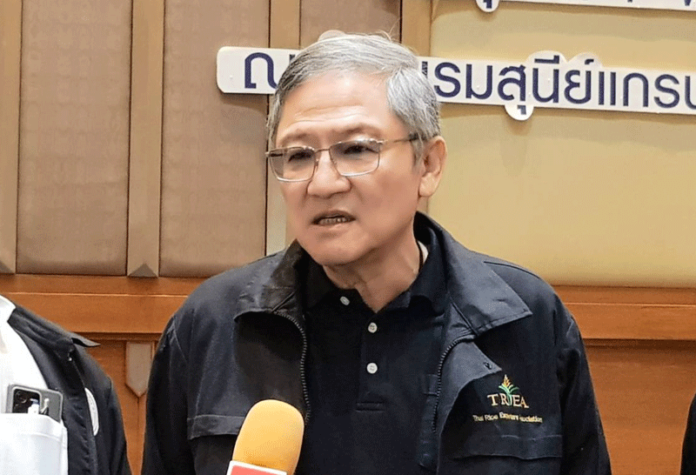 Rice exporters view the currency as too volatile and unstable. difficult to set a selling price But believe that next year will be 8 million tons.

Police Lieutenant Charoen those dharmatas The president of the Thai Rice Exporters Association revealed that the current situation of Thai rice prices is considered good. The produce in the northeastern region is mainly jasmine rice. Not much affected by the flood situation The yield in some areas was better than in the previous year due to the availability of water. But production costs are still high as chemical fertilizers are so expensive that some farmers have switched to more organic fertilizers to cut costs.

however The association views that the development of rice varieties to meet the market demand is still important and it is necessary to jointly push for concrete results. If Thailand still wants to make the competitiveness of exports still compete with competitor countries. Because at this time, besides price, quality is an important issue in considering importing rice from trading partner countries.

The price of Thai jasmine rice exports is averaged at 800-850 USD per tonne, which is the price that has begun to weaken somewhat. Thailand’s rice exports next year are expected to reach 8 million tonnes. The exchange rate is considered to affect the price of rice. Therefore, we want to maintain the stability of the baht to be more stable than it is. At this time, the currency fluctuates too much. This makes setting the selling price quite difficult.

See also  Thai League ready to explode the new season “Full of every match full of all cheers.”

Inside, Pramote Charoensin, president of the Thai Farmers and Farmers Association, revealed that farmers’ rice production has decreased. The price of fertilizer is more expensive. Farmers have switched to using more organic fertilizers. Can reduce costs to some extent The rice production cost of rice farmers in the northeast region is about 3,000 per rai, the central region is higher at 3,500-5,500 baht.

By negotiating to import chemical fertilizers from Saudi Arabia, the government sees it as an aid in reducing production costs for farmers.