The opposition welcomed the Prime Minister to continue. Sorry for the people. 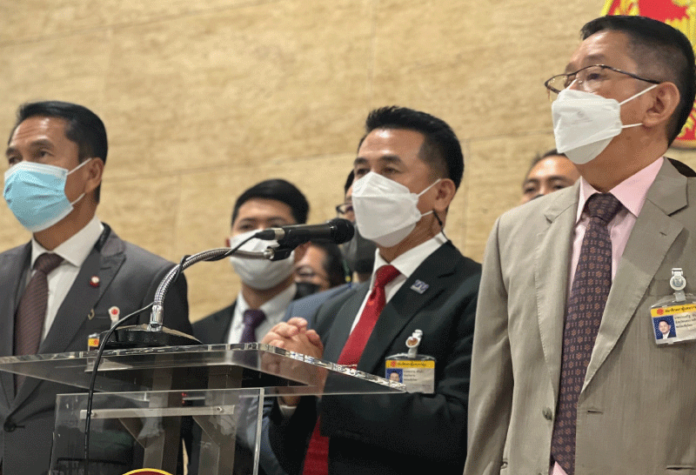 “Chonnan” led the opposition team to welcome the Prime Minister to continue sorry for the people Reiterating that even though the votes in the House of Assembly did not win, the battle of scaffolding not defeated

Dr. Cholanan Srikaew, MP for Nan and leader of the Pheu Thai Party As Leader of the Opposition in the House of Representatives, Mr. Prasert Chantaruangthong, Secretary-General of the Pheu Thai Party, Mr. Suthin Klangsaeng, MP for Maha Sarakham, Pheu Thai Party As the chairman of the opposition whip along with Col. Thawee Sodsong, secretary-general of the Prachachat Party and party members Attend a press conference after the vote In the discussion of no confidence in individual ministers, Dr. Cholanan said that he accepted the results of the parliamentary vote. which is primarily measured by the majority Even expected what served. How clear will the allegations and evidence be? But it does not affect the vote of no confidence therefore. Congratulations to the Prime Minister and Minister with condolences to the people Despite the no-confidence vote of 98.3 percent, which shows that inconsistent with what the people want

However, although the vote in the House of Representatives did not win, but reiterated that the staging of the scaffolding at the party To release it was not defeated. and confident that the picture will come true when there is an election

Mr. Prasert said that although the result of the vote may be as expected by many, but the outcome is not as the people want to vote outside the vote that does not want this government to continue acting. next mission I want to encourage people and members in the next election that will be another indicator. Unlike the ruling ruling party, the Pheu Thai Party and the opposition have demonstrated unity in that individual ministers and inter-party ministers vote. quite clearly For example, the vote of Jurin Laksanawisit, Deputy Prime Minister and Minister of Commerce, who received the lowest trust score, pointed to the disunity of the government, while reiterating that the Pheu Thai Party will work hard to continue. go for the benefit of the people Ready to prepare evidence to submit to the NACC and the Constitutional Court to proceed to the next step

While Mr. Sutin said that personally he was not disappointed with the vote. But hopefully the council system will be strong. to be dependent on the people Even today’s vote All ministers will pass But there are implications that have been expressed by wanting to see the abstention vote. which is inclined towards the opposition Including the cascade of votes, individually and in between parties, importantly, the opposition knows saw things that he did not know and believed that what many ministers received back was “discriminatory disease” because there will be questions for rebuke Qin, gossip and have doubts about thinking for a long time In addition, many people may be punished in the termination process. or may go until the filing of the dissolution of a political party