The Ministry of Public Health admits that it is difficult to convict “Korwin Clinic” of using illegal beauty products. The reason for requesting to open the right km. All 32 branches advise consumers to know the damage to inform information. 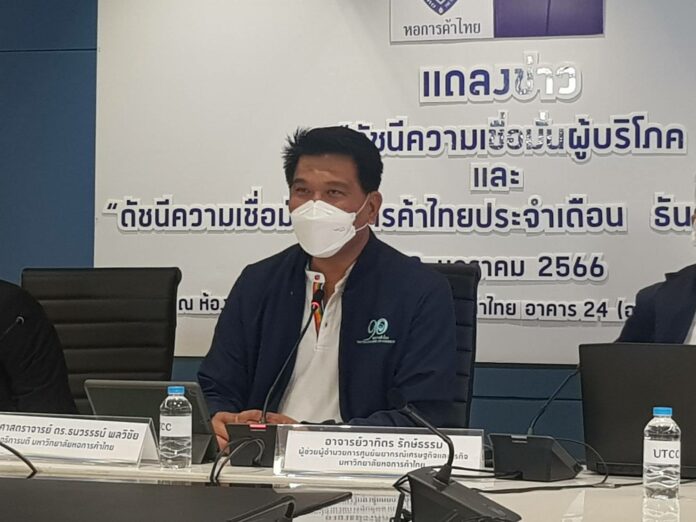 Progress in the case of the Central Investigation Bureau (CIB) in collaboration with the Food and Drug Administration (FDA), Department of Health Service Support (SorBorSor.), Ministry of Public Health (SorTor.), expanding the results of breaking the network using silicone surgery. Barbarian in a major beauty clinic worth several million baht.

on January 17 Dr. Sura Wisetsak Director-General of Sor Sor Sor Sor Sor Sor Sor Sor’s interview about the case of a beauty clinic “Korwin Clinic” opens for service at 32 branches nationwide. But an investigation found that silicone was ordered from illegal factories. non-standard In the past, fake silicone has been used with more than 1,600 people. For such cases, it has been verified that the clinic has been authorized by SorSorSor. Open for all branches.

“Which normally If allowed, it means that the doctors stationed in each clinic are real doctors, so the clinic is not illegal, the doctor is not illegal, but the silicone is illegal. There must be a principle of operation, that is, the operation in the clinic is very dangerous that causes the patient to be fatal. or have serious damage, such as injections that are dangerous to life We can order it to be closed according to violence, but in this case it is not a very violent incident, so it must be warned to improve not to use fake silicone. part of the fault The Sanatorium Act (Act) was taken into account in determining the punishment. both criminal penalties and fines Which now that we have checked, there are 3 charges: 1. There was no doctor on duty at the time announced. 2. Some branches have expanded operating rooms without asking for permission, such as Rayong branch, and 3. Advertising without asking for permission from Sor Sor Sor Sor Sor Sor Sor Sor Sor Sor because they requested to open a general medicine clinic. is a medical examination But when doing beauty Must ask for permission first, ”said Dr. Sura.

Director-General of SorSorSorPor Sor Sor Sor Sor Sor Sor Sor Sor Sor Director General said that for the preliminary inspection only a few branches It was found that fake silicone has been used with more than 1,600 people, who still have many branches nationwide. However, people who go to the clinic to receive services Even if there is no problem from receiving the service able to report the matter as evidence first by contacting through the electronic system of SorSorSor at the “Complaint Center Department of Health Service Support” or you can add Line at the Central Investigation Bureau. Open the channel @cppd4, including cases where people feel damaged by providing services, such as paying for beauty services that are unfair. the use of non-standard materials for beauty enhancement, etc.

“At the moment, we ask the public to provide information so that they can provide further evidence against the clinic. Must check whether the clinic has been approved by SorSoror Sor or not. Is it a product that has been certified by the FDA or not, all of which the public has the right to browse The clinic must disclose information. For those who receive the service and there is damage, inform Sor Bor Sor so that we can investigate whether the damage is caused by the standard or quality of the hospital or not. if relevant SSC can take action. But if it is about professions such as doctors, we will send it to the Medical Council for consideration again. But such an event Is a licensed doctor working in a licensed clinic, so if asked if a doctor uses fake silicone against the doctor’s ethics or not this really Difficult to determine which doctor Use real or fake silicone, so the Medical Council has to check the ethics again, ”said Dr. Panuwat.

See also  How Dogs Are on The Covid-19 Front Lines