The Good Daughters of Isaan (15) – Isaan’s bicultural kids: bullied for being different

At his home in rural Udon Thani, Thanakon “Jack” Donelly picks up a dusty pink photo album to look at a photo of his Australian father. The 15-year-old, who lives with his Thai mother, is counting the days for his dad to visit him again at the end of the year.

Since his parents separated when he was four years old, Jack has been missing his dad who lives in Australia and only sometimes comes to visit. The teenager cannot wait to spend time with his father again and finally tell him of the tough time he had a few years ago.

“The other kids kept calling me ‘pickled guava’ and made fun of my skin color and the shape of my face,” Jack says, recalling the time when he was bullied for his Isaan-Australian background. “At school, they were always saying that I’m not like them; they made me look like a fool and it felt like they were looking down on me.”

In an area where most families are of Lao, Vietnamese, or Chinese backgrounds, luk khrueng or children with a Western parent like Jack often feel like the odd ones out at school although they are usually fluent in Isaan-Lao and central Thai, just like their peers.

When being different is a problem

The bullying peaked for Jack in the fifth and sixth grades between the age of 11 and 13. He did not know how to react or to whom to turn. Too worried his bullies would beat him up, he did not dare tell anyone.

But one day, he could not take it any longer.

“We were playing football on the village’s sports grounds and the other kids just kept teasing me, calling me names and making fun of my parents’ names until I just snapped and started hitting and kicking them,” Jack says.

Jack’s mother, Manirat Sangkhawithian, had a feeling that something was bothering her son during the time. When she learned he was being bullied for his looks, all she could do was to tell her son that he had to accept his Australian background.

“Every time my son was being bullied, I told him not to care about what the other kids were saying to tease him,” Manirat says. “He has to accept that he is a luk khrueng with a Western dad and a Thai mom.”

She added that she taught Jack that he might not look like the other kids but that he is “still a human being who thinks, has talents, and studies hard at school just like the other children.”

Being called a “big-nosed farang”

About ten kilometers from Jack’s home, off a dirt road surrounded by rice paddies, lies the house of Napatsara Wanthisut. As the daughter of a Thai mother and a Danish father, the 15-year-old has shared a similar fate as Jack in school.

“The other kids always teased me, hid my bag, and told me that they didn’t want to be near me because my skin was lighter than theirs,” says Napatsara, who goes by the nickname, Float.

Her peers also made fun of the shape of her face calling her “ee-farang dang mo” or “big-nosed farang” which left Float feeling belittled and anxious. The constant insults also gnawed away on the teenager’s self-confidence.

“I couldn’t take it anymore and I told my mom that I was feeling very unhappy and exhausted and that I didn’t want to go to school anymore,” Float says, remembering the time when the bullying became too hard for her to handle. “But my mom told me to graduate first and then maybe move on to study somewhere else.”

A district of luk khrueng

Phen district is home to several Isaan-Western families and many of the luk khrueng children have had to struggle with bullying at school.

Thichanon Chumwaengwapi, a teacher at Phen Withayakhom School, who has been studying the challenges bicultural children face in Thai schools and in their family dynamics. It is part of his doctoral research in education studies at Khon Kaen University that he began in 2018.

He says there are currently ten students from bicultural families enrolled at his school and several more in other schools in the district. Most of them have fathers from Western countries like Australia, Denmark, and Sweden.

In his research, Thichanon found that many women in the district have been seeking marriage with foreigners as a way to escape their disadvantaged economic situations.

About 20 years ago, there were very few employment opportunities for women in the area and local farmers have been slow to adopt cash crops like sugarcane, cassava, and rubber trees. Rice farming was the only agricultural activity for many, but one that often failed to generate enough income to feed a family.

“Local women and men who were eager to improve their quality of life had to seek work outside of the region,” Thichanon explains. “Men found employment abroad but women tended to work in the service sector in large provinces with tourist spots while some others sought marriage with a foreigner.”

Isaan families place high expectations on their daughters and there is often an unspoken obligation for Isaan women to provide for not only their own children but also for their parents when they reach old age.

“This is one of the reasons why women in this community like to marry foreign men in the hope that their husbands will take care of them,” Thichanon says.

Jack and Float both have grown up without their fathers. But Jack’s father at least comes to visit once or twice a year. He financially supports the family and also provided the funds to build them a house.

“I don’t mind that he married again and it’s good for us that he continues to send money to support my child and our household expenses,” says Jack’s mother, Manirat.

A real child of the Northeast

Float’s father died from cancer when she was only two years old. She was raised by her single mother and her relatives.

“Float might not have her father anymore but I’ve been doing my best to raise and take care of her like a real dad,” says Phanudet Wanthisut, Float’s maternal uncle.

Phanudet adds that he has been raising Float like an Isaan child. He taught her ethics and good manners, Isaan culture and traditions, as well as how to make a living from rice farming.

“Float knows how to catch field crabs, frogs, toads, and fish just like any other Isaan child in the countryside,” Phanudet says. “I didn’t want her to be bullied for being different and for not being able to survive in Isaan society, so I taught her the right ways.”

Both Float and Jack have dual citizenship and can travel freely to their fathers’ home countries or even live there. But since their mothers have only Thai citizenship, they have no plans to move abroad any time soon.

The impact of bullying

In interviews with several mothers of bicultural children from Phen district, Thichanon found that bullying and name-calling in school is a common problem.

“Many couples separate after they have children and the Thai mothers often choose to raise their children in Thailand,” Thichanon says. “When their kids grow up in Isaan, they are often subjected to bullying both in school and in the communities because as luk khrueng, their skin, hair color, and faces look different.”

For Thichanon, it reflects a lack of respect and acceptance of cultural diversity in Isaan communities and schools.

In some cases, gossiping and rumors about the students’ families, called “relational bullying,” also become an issue. Rumors are spread that the mothers of the luk khrueng children were sex workers who had met their foreign husbands in the red light districts of well-known tourist spots.

“These kinds of rumors are not only spread in the schools but also in the children’s villages, causing shame and embarrassment,” says Abhisit Hasadi, a researcher who assisted Thichanon.

The spread of gossip and being bullied constantly by their peers because of their physical appearance cause many bicultural children to feel anxious and stressed out about going to school. Some of them see no other way to respond other than to resort to physical violence, Thichanon says.

He adds that these children often struggle to fit in and find their places in Isaan’s majority society. In turn, this can affect their motivation to study and progress in school.

A curriculum for diversity

The goal of Thichanon’s research is to develop a high school curriculum that addresses the needs of children from various cultural backgrounds and of different physical appearances. He also plans to specifically address the problem of bullying.

A 2017 study looking at bullying in American schools in Maryland over a period of ten years found that school programs and policies can significantly reduce bullying and related behaviors.

“My study started off with interviews of luk khrueng children about their experiences with bullying,” Thichanon says. “I took the results, including the kids’ opinions and emotions, to draft a curriculum that can create awareness and understanding of racial, ethnic, and cultural diversity.”

The teacher hopes that, once finished, his curriculum will be adopted by his school in Udon Thani and high schools in other provinces across the country.

Thichanon believes that the problem of bullying has been dismissed and its effects underestimated in Thai schools for too long.

“I see it as a serious issue because if students don’t learn respect for ethnic and cultural diversity from an early age, they might end up discriminating against others when they are grown up,” Thichanon says.

The bullying eventually stopped for Float and Jack as they got older. But their memories of that period remain a source of emotional pain.

“You shouldn’t discriminate against, gossip about, look down on, or bully others just because they are different,” Float says. “I don’t want anyone to have the same painful experience as I did.” 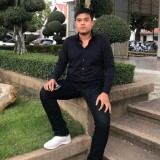 Yodsapon Kerdviboon is a staff reporter for The Isaan Record. He can be reached at yodsapon@isaanrecord.com