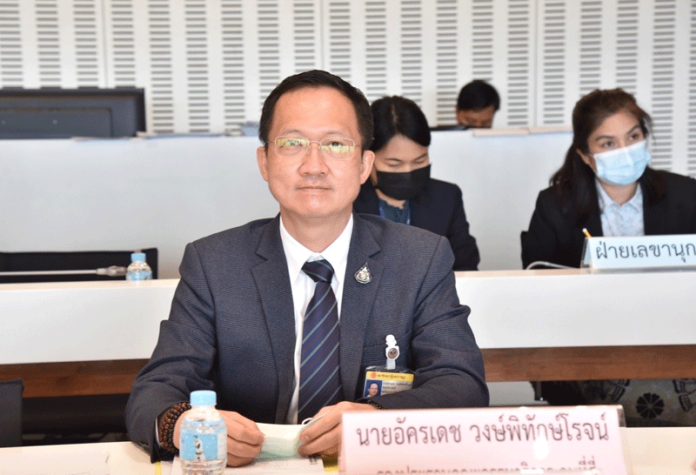 From now on, it is allowed to follow the process under Section 132 of the 2017 Constitution by sending the draft to the Election Commission (EC) within 10 days for comments. Either dividing by 100 or dividing by 500.

The Democratic Party is ready to fight in the election field. because when the resolution is over and the law has already fallen And the party has no policy to submit it to the Constitutional Court for interpretation,” said the Democratic Party’s deputy spokesman.

Mr. Akradej also added that Personally feel sorry for the calculation system. Members of the party list by dividing 500 to find a MP should have by using 2 ballot papers because it is considered a German system and a good system.

So it’s a pity that Thailand and Thai people should have a good system. because it will be distributed More MPs can go to various professional groups in order to avoid monopoly from any major political party. In addition, the draft law that the Commission has amended has many advantages.