Thailand News Today | “The Last Supper of the Prime Minister” 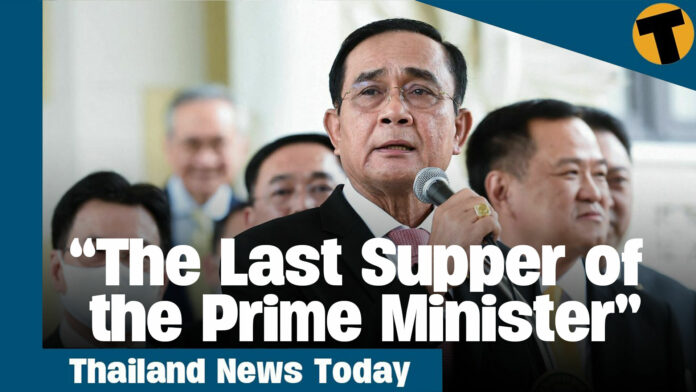 The next political challenge for Thai PM Prayut Chan-o-cha is next month when a censhure motion is put to the lower house by opposition MPs.

The debate is scheduled for July 18 – 22 and there is no certainty how the votes will eventually fall at this time. Renegade MPs, new political factions, the PMs falling popularity, and a looming general election will all play a factor in the final result for Prayut and the ruling Palang Pracharat Party.

Moving Forward Party MPs will be leading the charge, attacking the performance of the prime minister and 10 of his other leading ministers.

This is the fourth such censhure debate against the PM and government since the 2019 general election. They’ve so far survived all votes on the lower house floor, along purely party lines.