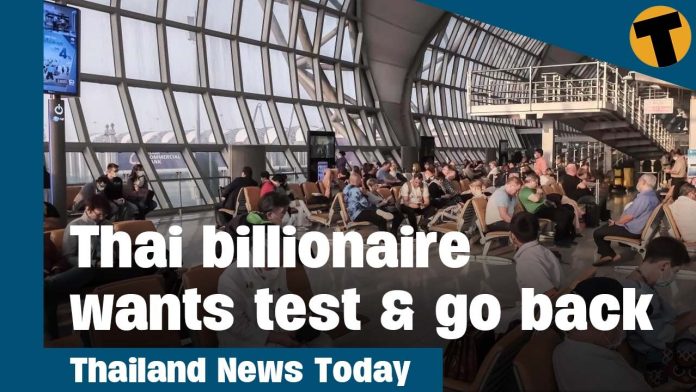 In today’s news, Thailand reports a rising level of Covid infections among the country’s medical workers. Meanwhile, billionaire William Heinecke from Minor group writes an open letter to the Thai prime minister. All this is coming up in today’s show.

You’re watching Thailand News Today, bringing you the latest headlines in Thailand and beyond. And in today’s news.

The board chairman of Minor International has called on the Thai government to reinstate the suspended Test & Go entry scheme. Failing that, William Heinecke says they should expand the number of sandbox destinations.

Minor International is based in Bangkok and operates 530 properties, including the Anantara, Four Seasons, and Radisson Blu brands.

In an open letter to PM Prayut Chan-o-cha, Mr Heinecke says the government needs to…