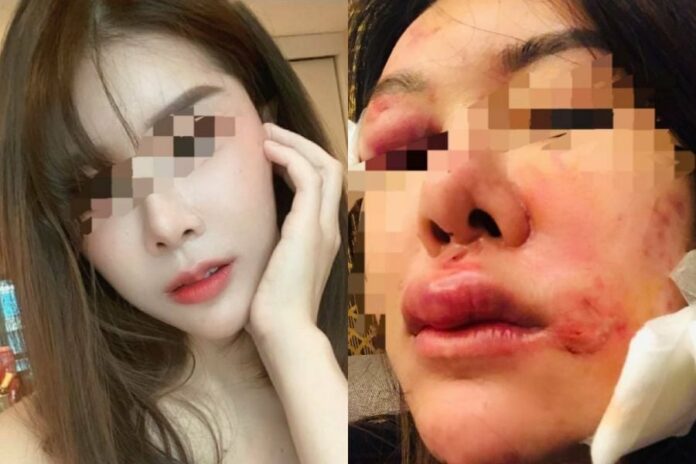 A Thai woman filed a complaint at Pan Thong Police Station in Chon Buri after her boyfriend savagely bit her face after she refused to go boozing with him.

She said she was worried that the case would be ignored because her boyfriend had a close connection with a senior police officer.

The woman, identified as Bee, told the media that she was a party entertainer, and her boyfriend was a former customer. She knew him from work and later dated him. They lived together for about two months before the incident happened.

Bee said she was assaulted at 8pm on Monday, January 2 at a rental house in the Panthong district of Chon Buri province. Her boyfriend asked her to drink alcohol with him. She went to meet him but didn’t want to drink because she was exhausted from work.