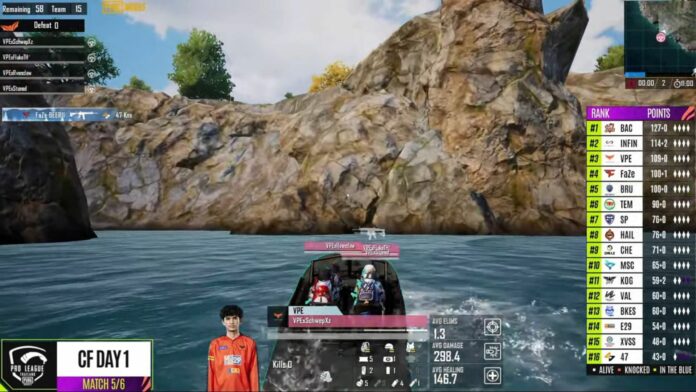 The three-day Grand Finals of the PMPL Thailand 2022 Fall kicked off today with the top 16 teams from the League Stage, battling it out for the trophy as well as the SEA Championship slots. At the end of today’s six matches, Bacon Time is at the top of the overall leaderboard with 135 points, including 62 bonus points from the League Stage.

With 134 points each, Vampire Esports and The Infinity are in second and third place. FaZe Clan is right behind them in fourth position with 130 points. A total of 12 matches are left in the PMPL Finals, which will be played across the next two days.

Sharper Esports, who barely secured their slot into the Finals, claimed victory in the opening match with three kills. The Infinity, however, topped the…

Suradit aiming for some inspiration at Taiwan Masters

Cabinet to consider fate of B300 foreign tourist fee