Pheu Thai Ding Rath Chumo, BCG Thailand does not have an advantage over the APEC stage. 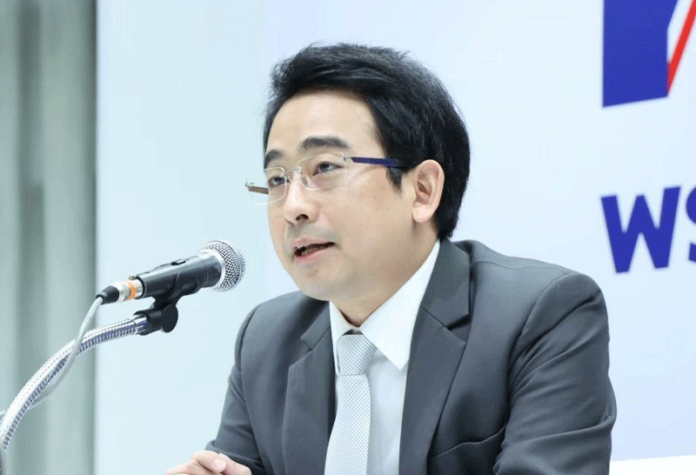 Pheu Thai Tingrath promotes the BCG model. Thailand is not an advantage in the APEC stage, causing the golden opportunity from hosting to slip away.

Paophum Rojanasakul, Deputy Secretary-General of the Pheu Thai Party and director of the Pheu Thai Party Policy Center Addressing the case of Thailand promoting the BCG economic model as the main agenda at the APEC meeting, the BCG economic model or Bio-Circular-Green Economy: Bio-Circular-Green Economy of the government of Gen. Prayut Chan-o-cha, Prime Minister, was pushed into the agenda. Principles of the APEC Conference

In this important forum, it is a “golden opportunity” where the host can push the agenda for the benefit of members and their own nation. The question is, how to use the golden opportunity to push this BCG model, Thailand has advantages, advantages and handicap or not The Pheu Thai Party supports economic growth along with environmental sustainability.

This parallel development model is essentially balanced. but details Including public awareness of the government’s BCG model has failed. and lack of readiness to be the main agenda in APEC meetings

The BCG economic model is controversial and has high vulnerabilities. Allegations of neglect of the fossil fuel industry and supporting the production of electricity from waste including contributing to large capital groups And the bleaching of the BCG model is still heavily questioned in society, but the government has no answers. and although Thailand has biodiversity Have a complete agricultural background

But the nations that benefit the most from the BCG are those that can innovate in the middle to high levels of agriculture. There is a high technology to take advantage of the agricultural base. which these are not currently Thai This makes Thailand not the most beneficiary.

In addition, Thailand became a follower. green economy During the government of Gen. Prayut The role and position of the environment on the COP26 stage is unclear. The goal means carbon neutrality and zero net greenhouse gas emissions without a plan. without guidelines and lack of concrete In addition, Thailand’s risk rating from climate crisis is the ninth highest in the world.

reflecting his followers on the world stage and in Indonesia G20 hosts discuss recovery and a connected post-COVID world through complementary supply chains But the floating BCG model promoted by the Thai government at the APEC meeting, combined with Indonesia’s role in overtaking Thailand in the world stage, makes the APEC stage in Thailand silent and overlooked.

The view that the economy must go hand in hand with the sustainability of the environment. The parallel development model is an approach that can be used as a driving force for the country. But pushing the main agenda at the APEC meeting is not the role that Thai people are most benefiting at this time. This made the golden opportunity of hosting the meeting slip away.

Creative people get it! Disney Launches “The Creative Experience” Program in Asia Pacific Hoping to attract good creators to create work in...

Creative people get it! Disney Launches “The Creative Experience” Program in Asia Pacific Hoping to attract good creators to create work in...

Warawut pointed out that the future of BCG is important to business.