Phang Nga Industrial Council accepts the cancellation of the ‘Thailand Pass’, accelerating the expansion of new markets, expecting to enter the province by 1.2 million in 65 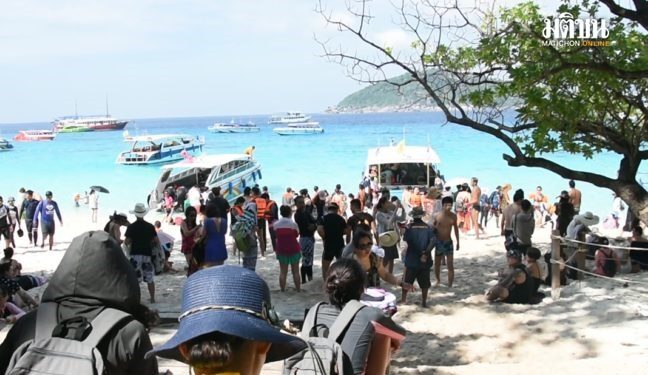 Phang-nga Industry Council responds to Prof. Cancellation of ‘Thailand Pass’ Accelerate the expansion of new markets It is estimated that in the year 65 more tourists will enter the province. 1.2 million

On June 18, according to the Coronavirus Disease Epidemic Situation Administration Center (CDC) approved to adjust the country’s green area. Has resolved to cancel the Thailand Pass system Not compulsory to wear a mask and cancel filling out immigration form 6 for foreign tourists Unlocks the night business sector, entertainment venues to open until 2 am as usual, and only allow “hotels” to sell alcoholic beverages during 14:00 – 17:00, starting on July 1, that

Mr. Pongsakorn Ketpraphakorn, chairman of the Federation of Tourism Councils in Phang Nga Province, said that it is gratifying that the Thai tourism index has grown clearly. If this is unlocked on July 1, before we closed the country, our zero tourism has been made. Phuket Sandbox Extention Phuket, Phang Nga, Krabi, tourists are starting to have a total of tens of thousands – hundreds of thousands. When we unlock the whole country, it comes in millions.

“I myself recently separated from Minister Phiphat in Kanchanaburi. Once we have unlocked the Thailand Pass, we think that next year we will definitely have at least 10 million tourists coming to Thailand. The tourists that are most likely to come in this high season are Europe, Scandi. Navi German French English

Other groups of tourists who are interested in traveling to Phang Nga province are India and Saudi Arabia. The group of tourists that we expect him to open the country as well is Russia and China

Mr. Pongsakorn stated that In the unlocking section about masks and extending the opening hours of entertainment venues It will be very useful to European tourists. Because abroad, now everything is unlocked. If our country has not unlocked Will tourists think that our country is really safe or not? There will be hesitation whether to come or not come.

“If we unlock There are definitely a lot of foreign tourists coming. And entertainment venues Russian tourists, he intends to eat and drink in Thailand already. while Phuket The number of tourists who come in is Singapore and Hong Kong, while China has not yet released official passports to people in the country. Tourists who come during this period will mainly use Hong Kong passports. Now in Phang Nga Province Hotel operators are trying to capture existing and new markets. is the group of Thai people to come back as quickly as possible and expand to add new markets

The original market was Europe. Scandinavian group Around the end of August I will travel with Tourism Authority of Thailand Went to roadshows in Scandinavia, Germany, France and England. to bring back our main market

As for the Thai market, there is going to be We travel together in phase 5 of Phang Nga. I have to admit that before the outbreak of the virus, about 40,000 Thai tourists came to Phang Nga a year, but this year alone, for 5 months, there were at least 500,000 Thai tourists arriving within the year. In this regard, it is estimated that there will be at least 1,200,000 Thais visiting Phang Nga. The economy has grown almost 20 times.

while restaurants, pubs, bars or other attractions at the discretion of the provincial governor to coordinate and discuss further with the Ministry of Interior.” said Mr. Pongsakorn