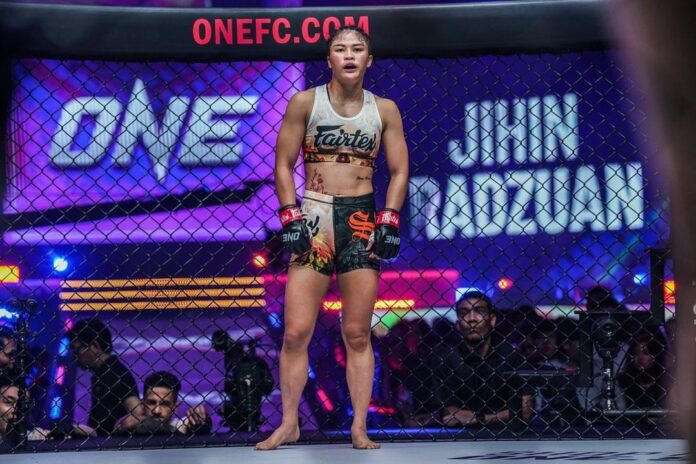 The Pattaya female MMA fighter Nattawan Phanthong who is known worldwide as “Stamp Fairtex” triumphed over her Malaysian contender at ONE on Prime Video 2 on Friday, September 30th.

Stamp, a megastar from Thailand’s tourism city of Pattaya, competed at a catchweight of 120.75 pounds against the #5-ranked opponent Jihin Radzuan from Malaysia.

Being a Rayong native and now Pattaya resident, Stamp claimed her unanimous decision victory in a 15-minute war against the Malaysian beast, “Shadow Cat,” at ONE on Prime Video 2: Xiong vs. Lee III just yesterday.

Both fighters were craving a knockout, and Stamp almost accomplished it in round three when she smashed her left elbow right into the jaw of Jihin, sending her to the ground of the ring. However, the Shadow Cat survived this attempt.