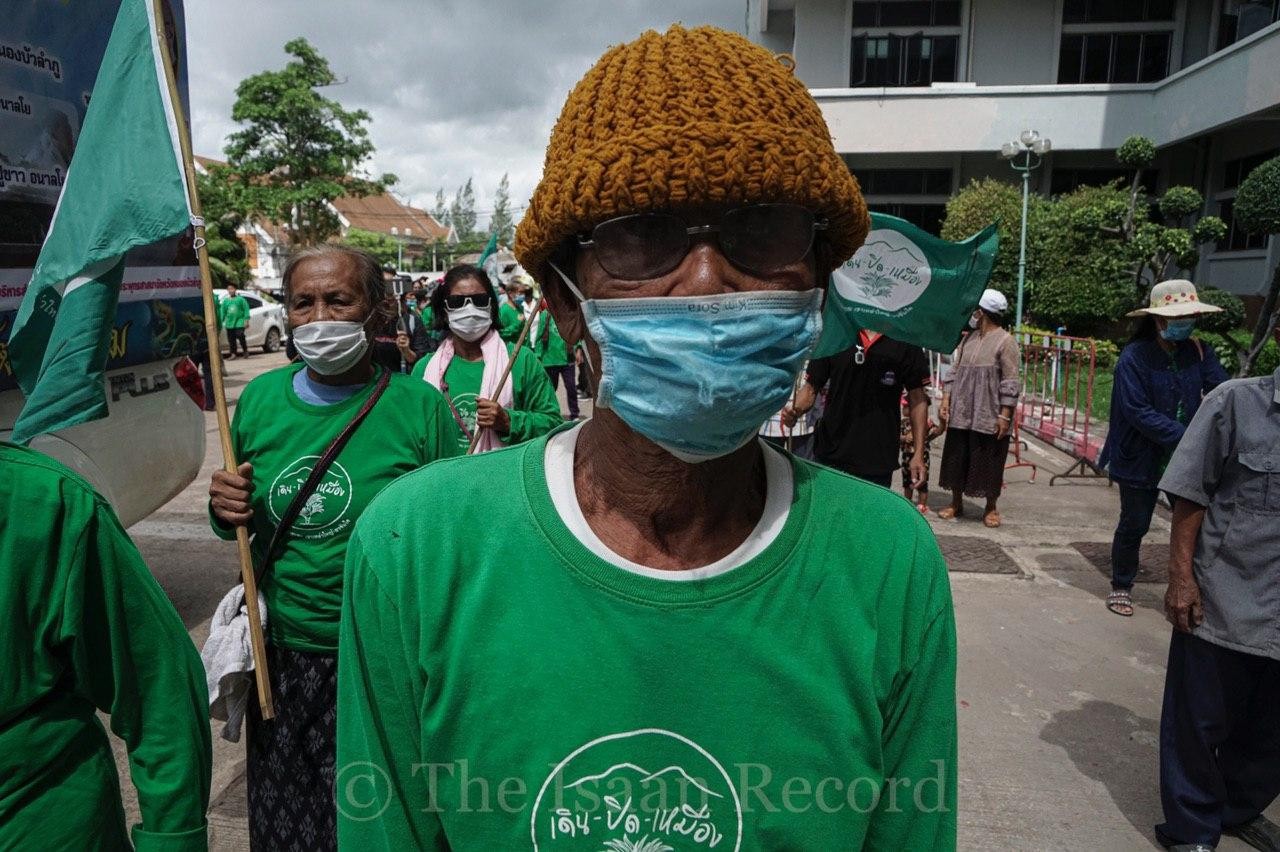 NONG BUA LAMPHU – After calls for the closure of a limestone mine in Nong Bua Lamphu’s Suwannakhuha District were left unanswered, anti-mining activists yesterday blocked the entrance to the mine. The escalation came after negotiations with the deputy provincial governor and eight related state agencies had failed in the morning.

About 300 locals from six villages in Dong Mafai Subdistrict and environmental activists gathered in front of the provincial hall on Wednesday morning.

“If you want to know how bad the problems are, try to live in my house for a week,” said Winai Anuwet, a local resident who said her community has been suffering from the mine’s pollution and other related issues for 26 years.

National activist groups estimate that about 4,000 people in six villages in the area have been impacted by noise pollution and damage to buildings due to debris caused by explosions at the mine. The mine, which occupies the lion’s share of a nearby community forest, has also affected locals’ access to food sources in the forest.

The protesters began negotiating with Deputy Provincial Governor Wiangchai Kaewphinit and representatives of eight government agencies at around 10 a.m. They called for an immediate closure of the mine, environmental restoration, and tourism development in the area.

See also  A spokesman for PWA revealed that the party does not block the opportunity for people to join as a member, ready to welcome if there is a political streak.

Uthai Sonthet from Nong Bua Lamphu’s Provincial Industry Office told The Isaan Record that the state was not in a position to interfere in the operations of a private company without any investigation.

“If an inquiry finds that the private company has engaged in malpractice, I’ll write a letter to the director-general of the Department of Primary Industries and Mines to close the mine immediately,” he said. “But I am a government official so I must follow documentary evidence, and right now, I can’t yet close the mine.”

But Juthamas Srihattapadungkit from the environmental group Network of People Who Own Mineral Resource argued that the governor has the power to close the mine if it impacts people’s well-being according to Section 129 of the Mineral Act of 2017.

The negotiations ended after three hours when Deputy Governor  Wiangchai told the anti-mining protesters that the government could not immediately fulfil their demands without an investigation.

After the negotiations failed, the protesters of the Khao Lao Yai-Pha Jun Dai Forest Conservation group occupied the entrance to the limestone mine and vowed not to let anyone enter the area. They argued that the state had more than two decades to address their grievances.

The local activist group has been opposing the mine for 26 years. Between 1993 and 1999 four members of the group were killed. No one has been held responsible for the crimes.