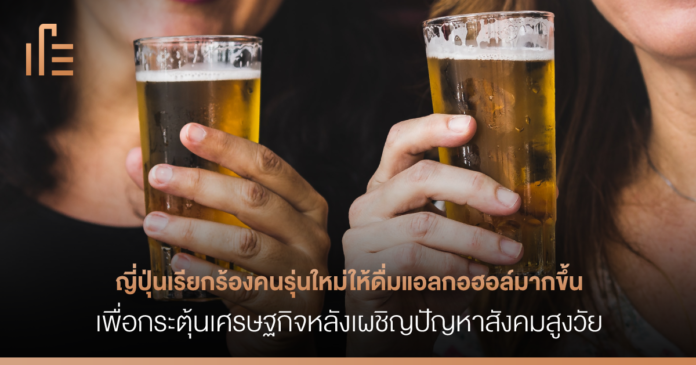 The Japanese government has launched a nationwide competition to explore ideas to encourage more people to drink alcohol to transition into an aging society, resulting in lower tax revenues.

The National Tax Agency (NTA) of Japan has launched the “Sake Viva!” competition, giving young people aged 20 to 29 an opportunity to pitch ideas to revitalize the alcohol industry.

The competition, which runs until 9 September, will have to design a product. including the idea of ​​promoting drinking at home It is also encouraged to sell through Metaverse.

Mainly due to the COVID-19 crisis As a result, the popularity of drinking outdoors has decreased. and the problem of the elderly population has a greater proportion while the birth rate declined As a result, Japan’s economy must find income to cope with future uncertainties.

See also  Photos of celebrities celebrating Children's Day Post a picture back to the age to see when you were young, cute.

The Ascendant LPGA: England’s Charley Hull holds on to share of lead in Texas