‘Ishii’ pointed out that ‘Prasat’ still had to adapt, ready to fight ‘Muangthong’ 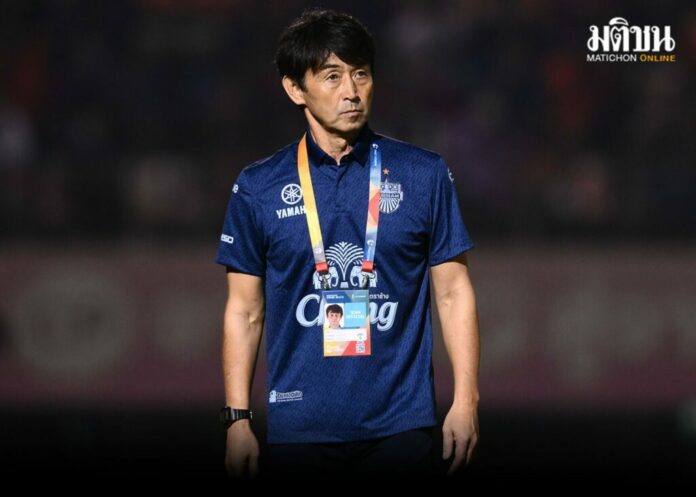 ‘Ishii’ pointed out that ‘Prasat’ still had to adapt, ready to fight ‘Muangthong’

The movement after the football game “Revo Thai League 2022/23”, match 16 on January 22 at the Talay Luang Stadium, where “Prasat Thunder” Buriram United invaded Sukhothai FC 3-0, resulting in the castle Lightning grabbed 3 points to win, moved to 42 points from 16 matches.

Masatada Ishii, head coach of Buriram United, revealed that first of all, in this game we have to choose players who have not played in the national team first. There are many things and points where the players are still unable to tune in. but satisfied with the work We played as an away team but didn’t concede a goal. This is a game that the fans have been waiting for our return after the break. Today we play football for the fans to be happy as they have been waiting for.

The reporter inquired about the change of foreign players in the second leg, how much has adapted to Buriram United’s system? But when we have to change players, everyone has to tune in. And adapt to each other, which has to start in training.

In addition, the Japanese coach also answered a question from the media about having to play in the football cup in midweek against Muang Thong United, saying, “We have to prepare ourselves to play in that game well. We want to keep winning and even in the cup we have to do our best.”