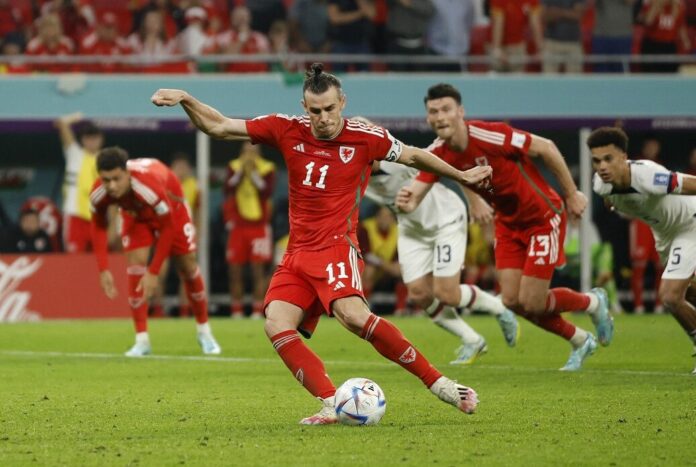 The final match of the 2022 FIFA World Cup in Qatar on the night of November 21 ended in the early hours of November 22 with a Group B game between the United States and Wales at the Ahmad Bin Ali Stadium. m

The game started with the United States dominating on the ball, while Wales, who returned to the World Cup in 64 years since the last time in 1958, had largely retreated to defense. and less possession of the ball Until the 36th minute, Christian Pulisic flowed the ball for Timothy Weah, son of George Weah, the legend of the Liberian national team. Before dunking the garden through the Wales gate to give the United States a 1-0 lead in the first half

In the second half, Wales opened the game to attack more. focus on long balls to attack And there were many times when the goal was returned, but the ball pierced the pole, pierced the beam and stuck to the defense of Matt Turner, the US defenseman.

80 minutes Wales received a penalty from the moment Walker Zimmerman fouled Gareth Bale in the penalty area and Bale Rise up to kill, not left, chasing a 1-1 draw before the end of the game is tied 1-1, sharing 1 point per team in the first game of the 2022 World Cup.

The pair will return to action for the second game on November 25, with Wales facing Iran at 5:00 p.m. and the United States taking on England at 2:00 a.m. on the same night. “Bad student” in the middle of the mall appeared, shouting “8 years, hurry up and get out” chasing “Big Tu”