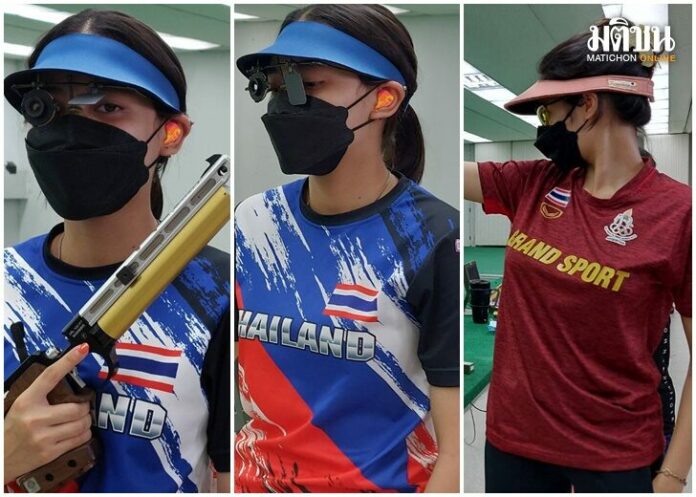 Mr. Sakon Wannaphong, president of the Shooting Sports Association of Thailand, said that for this item There were shooters competing in four countries: Thailand, Singapore, Malaysia and India, partly due to the completion of the SEA Games. in Vietnam causing congestion on the budget and partly due to the problem of the spread of the Covid-19 virus within the neighboring category has not faded. Which many nations have expressed their pity because they want to compete in Thailand, but are stuck on such matters. In the part of Thai shooters Most of them will send a skilled rising star sharpshooter. Mixed with the other 10 old clothes, some of them weren’t determined to win too many gold medals. but want to develop Thai shooters to gain more confidence and confidence Because in December at the end of this year, it will be a big event, Caesars Games, so it is necessary to send a set of young stars to compete in this program. to expect excellent results at the end of this year more

For the competition program on 20 June will be a weapon inspection. And meeting the team manager, on June 21, will be the first day of competition, starting from 9:00 a.m. – 11:00 a.m. in the men’s and women’s airsoft rifles at the shooting stadium. Shooting Association of Thailand Inside the Sports Authority of Thailand Huamark Talk to Insight Era, a new generation of executives who have not graduated in Marketing, but understand the insight that modern marketers should not...

Talk to Insight Era, a new generation of executives who have not graduated in Marketing, but understand the insight that modern marketers should not...

Malaysia set to replace India as tourist king of Thailand