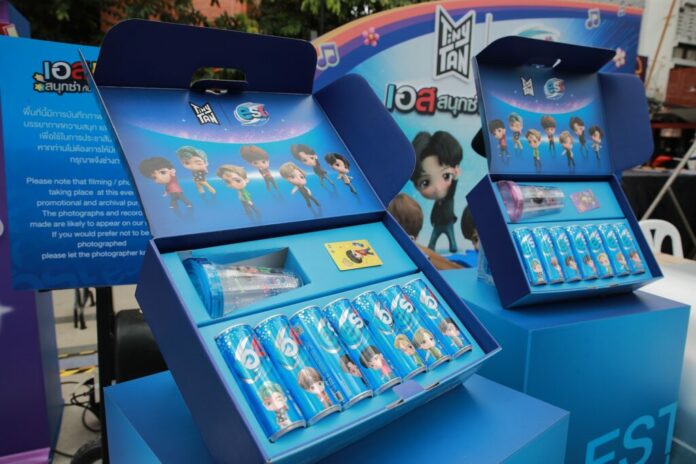 “Es Cola” shakes the soft drink market Moving forward to the market in the last quarter of ’65 Raise a strategy to win the hearts of the new generation Reinforcing the status of Cola Buddy Fortine Organize content that attracts Gen Z audiences, join hands with animation, characters, world-renowned artists, Tai Tan to create a colorful marketing campaign for the last quarter of 2022, with a grand campaign “est, have fun with Titan.” Launching and creating a full-fledged fun phenomenon for K-Pop fans for the first time in Thailand with the event “S Festa Fun with Tiny Tan” on October 1-2 at the Block I activity square in the heart of Siam Square. S continues to prepare to serve the fun of the festival from now on for fans to enjoy all over the country.

Mr. Supon Denpaisan, Assistant Managing Director Beverage business line, Thai Drink Co., Ltd., said that the last curve of this year, S continues to reinforce the excitement. Brighten up the carbonated beverage market Create a variety of campaigns to increase your chances. To reach the target group of the new generation more Throughout the past, S has organized fun activities. to reach the Gen Z group continuously. And at the end of this year, S would like to give a gift of happiness to everyone.

With the launch of the campaign “Es Funza with Tiny Tan”, the K-Pop trend has been very popular in Korea. Ready to join hands with a world-class company like HYPE, the copyright owner of TinyTAN, the character of the world-class artist BTS from South Korea with a large Thai fan base. Which can reflect the image of boy band frustration and cuteness in the form of animation. which matches the image of the brand es cola that is fun. And we have launched a campaign with the event “Est Festa Fun Za with Tiny Tan”, the first festival that brings the cartoon characters of the Titans to give a fuzzy feel in the form of a festival. and open the stage for the fans have come to show the frustration in the work Whether it’s a gathering of ARMYs and Mission on a giant stand in the middle of the event with a large Landmark TinyTAN, Cover dance, Random dance, or a band from the kids. student We sincerely hope that this campaign will appeal to the young generation and make everyone have fun at the same time. with Ace and Tiny Tan.”

See also  The Krabi people found a foreign object. In another bottle of soy sauce Insist on buying from different stores Stopping to stop consuming The Provincial Health Office sent samples to be examined. 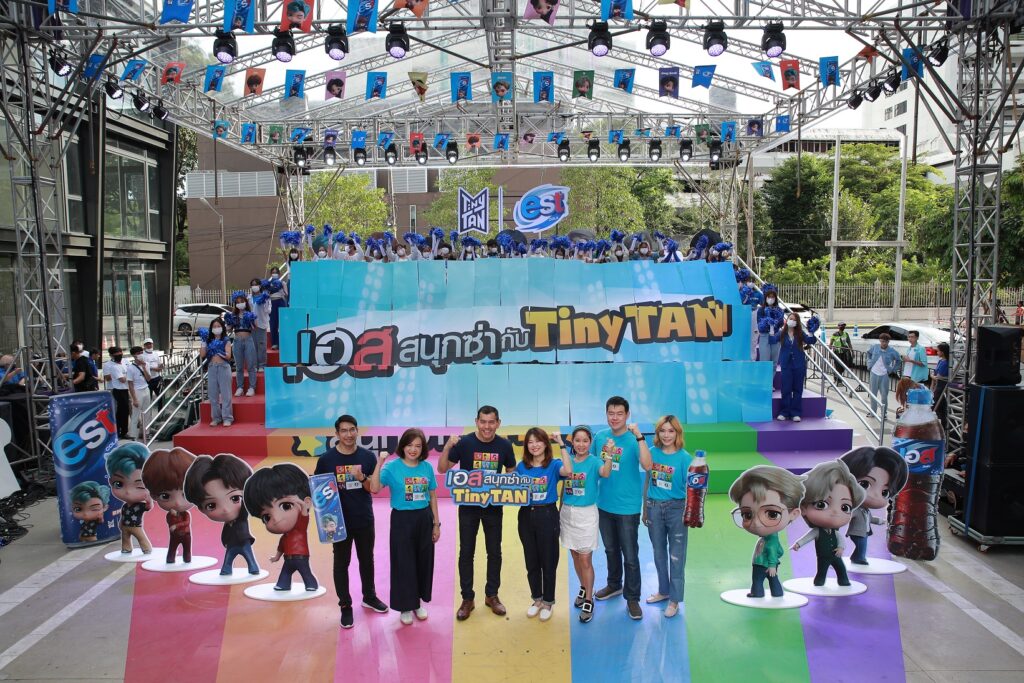 Escola has invested more than 100 million baht in 360-degree marketing communications, both online and offline. to reach the target group that is the new generation For the first time the Escola brand Launching animated commercials under the production team from Korea, Escola allows fans to experience the sizzle of S through various OOH media such as 3D advertisements on the giant screen of Siam Paragon, landmark media in the center. Siam and transform Sam Yan MRT Station into Station of Fizzy and Fun

In addition, during the campaign, S has limited packaging design to bring the character Titan. Comes on the package for both es cola and s play for fans to buy and collect Even more special with the Limited Box Set est X TinyTAN, the authentic Korean license. Inside the set, there are es-cola drinks with 7 types of character designs, along with a glass of water and a Titan card to collect for only 399 baht, which will start. Available in 7-Eleven stores from October 13, 2022 onwards (details are as specified by the company)

S continues to cause frustration, reinforcing the concept of “S Fun Sarcasm with Tiny Tan”. Soon, S will raise fun parade for customers across the country such as Chiang Mai, Khon Kaen, Nakhon Pathom, including Big-C 14. Branches participating in the campaign by Escola products and premium stripes Tiny Tan Special It will be available for sale in leading department stores in October 2022 onwards. You can follow more details about the “Es Sanuksa and Tiny Tan” campaign, including news, events and special promotions. at Facebook Scola https://www.facebook.com/estcola