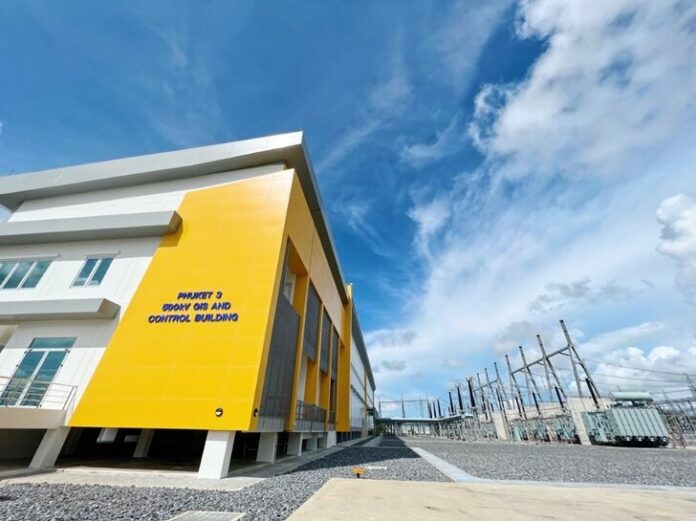 Mr. Amnuay Pinsuwan said that Phuket It is considered a strategic area for the country’s important tourism industry. It is the province with the second highest income from tourism in the country after Bangkok. There are beautiful tourist attractions and abundant natural resources. until it has been dubbed “Pearl of Andaman” with a goal of becoming a center of tourism, education, service innovation internationally and sustainable development Having a stable and sufficient electrical infrastructure It is considered the heart of Phuket’s long-term development. The opening of Phuket High Voltage Power Station 3 is good news for Phuket. with potential energy infrastructure systems ready to support higher electricity demand in the future making it possible to develop towards the goals and strategies that have been set fully

Mr. Boonyanit Wongrakmit said that EGAT has a mission to maintain the stability of the country’s power system. has continued to develop the electrical system infrastructure to support the growing demand for electricity in the south, especially Phuket in the long term, sustainably Due to Phuket Province having the second highest demand for electricity in the southern region and having a statistical increase in electricity usage by 7-10 percent per year, EGAT has undertaken projects to improve the transmission system in the western and southern regions to enhance the Power system stability Phase 1 and construction of 3 new Phuket High Voltage Substations to receive electricity from a new high-voltage transmission line with a maximum voltage of 500 kilovolts (kV) from the central region to the southern region. Construction is now complete Started supplying power to the system at the end of April this past.

Phuket High Voltage Substation 3 is a Gas Insulated Substation (GIS) which is a modern technology. making use of less construction space by connecting the electrical system from the central region through the Bang Saphan 2 – Surat Thani 2 high voltage power station and ends at Phuket High Voltage Power Station 3, a total distance of 504 kilometers, which is considered the first 500 kV electric power link in the southern region. and the longest line in Thailand Increases the ability to transmit electricity from the central region to the south by more than 2 times from 700 megawatts to 1600 megawatts and increases the ability to deliver electricity to Phuket in the future, guaranteed.
readiness to support economic, social and long-term investment in tourism industry

EGAT is ready to take care of the power system to be efficient. and environmentally friendly For the well-being of the people according to the concept of EGAT for ALL because EGAT belongs to everyone and does it for everyone.