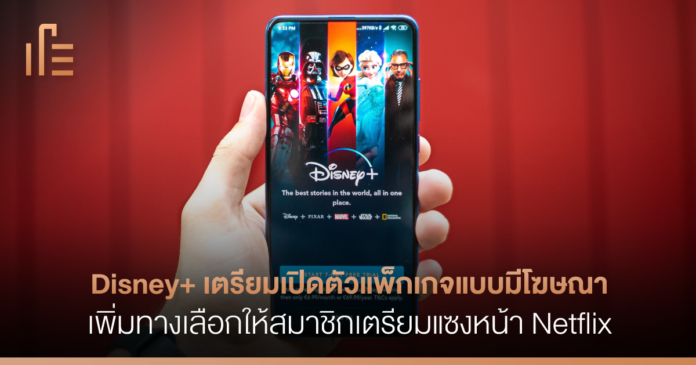 Disney to Launch an Ad Package for $7.99 a Month and increase the cost of the ad-free package to $10.99 per month. Added options to accelerate subscriber numbers to overtake Netflix

In overall results, Disney (DIS) reported revenue of $21.5 billion for the second quarter, an increase of 26 percent from a year ago and reported net profit of $1.4 billion, an increase of 53 percent year-on-year. last

The overall streaming market growth reflects many Like the slow growth of Netflix losing its number for the second time in 12 years as it becomes more difficult to attract new members. Therefore, additional income must be obtained from other sources. which the price increase And adjusting the package is an option that is still open.

Netflix previously said it plans to launch a new, cheaper package at the cost of watching ads, just as CNN parent company Warner Bros has bundled the HBO Max and Discovery+ packages together. Disney+ also plans to combine Disney+ and Hulu with new pricing.