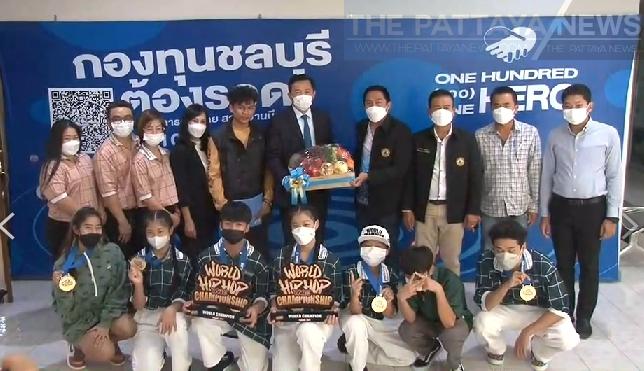 The team won three gold medals in the World Hip Hop Dance Championship 2022 for juniors and adults at Phoenix, in Arizona, America. There were 45 teams from around the world joining in the competition.

The team met with Mr. Wittaya and received congratulations gifts and encouragement for next year’s competition.