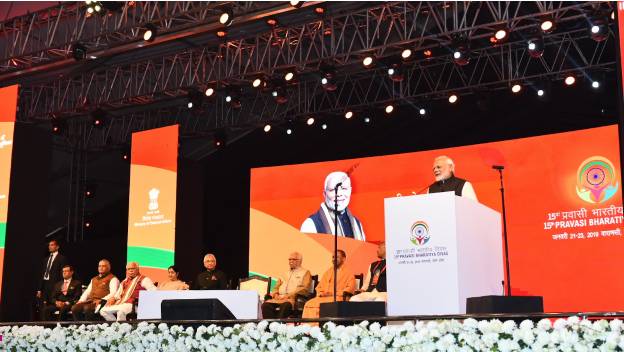 Pravasi Bharatiya Divas (PBD) is a flagship event of the Government of India and provides an important platform to engage and connect with the overseas Indian Diaspora.

PBD is celebrated on 9th January every year since 2003. On 9 January 1915 Mahatma Gandhi, the greatest Pravasi, returned to India from South Africa and led India’s freedom struggle.

PBD conventions provide a platform for the overseas Indian community to engage with the government and people of the land of their ancestors and opportunity to participate in socio- economic development of India. The convention also provides a platform for networking among the overseas Indian community residing in various parts of the world and share their experiences in various fields.

The 17th PBD Convention is being organized from…