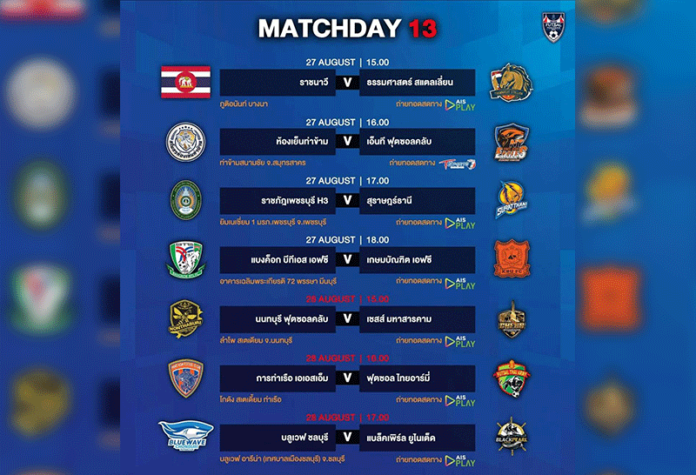 Andre Bia, the Blue Wave Chonburi boss, the latest game invaded Kasem Bundit FC 8-0. This game will have the name of Supawut Thuanklang, Thai Futsal Petchkham, who recently returned to the field for the first game in the match. Recently, after just recovering from an injury Ready to switch to play with Kritsada Wongkaew, Pelina, Helio Neto, including Supakorn Sangom

While Jurandi, the head coach of Black Pearl United at this game, will have a duel with the coaches of Samba together. The last game opened the house to lose. Cold room, Tha Kham 3-4, this game will get Worapraj Jiuchararong, the game’s shin, received a flat penalty to return to help the team. As for the first hand, there are also Phairat, the Naga guarding the pole, Nene, the receiver, Lucas Boeira and Jarundej Muenthiang as the protagonists, while Thanaphon Manipetch and Sahaswat Srisa are still injured.

See also  A KNIVES OUT MYSTERY at Netflix!

Things to do in Bangkok that cost next to nothing (2022)