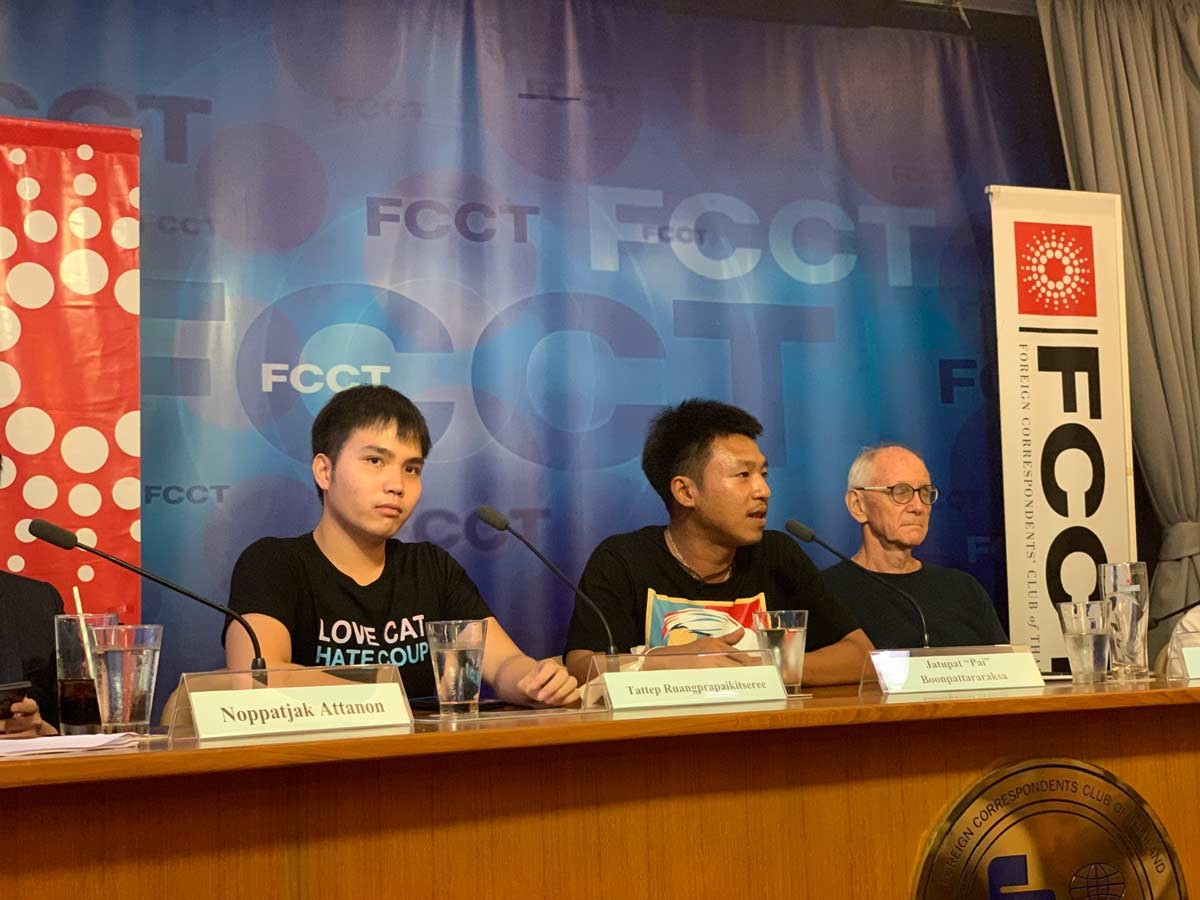 KHON KAEN / BANGKOK – The Democracy Monument in Khon Kaen city, a smaller-sized replica of the one in Bangkok, has only occasionally served as a venue of protest in recent years. But last night the symbolic landmark drew a cheering crowd of up 1,500 people in support of the youth-led movement for democracy and social change.

Activists took turns giving speeches on stage calling on the government to dissolve parliament, paving the way for elections and the drafting of a new constitution. Isaan women’s rights and LGBTQ activists took the stage campaigning for gender equality and the right to safe abortions.

Organized by a university student group formed after the controversial dissolution of the Future Forward Party in February, the protest was one of the largest in Isaan in recent weeks. The group “Khon Kaen’s Had Enough” announced it would make the monument its regular venue for more protests to keep up the pressure on the government.

Meanwhile, prominent Isaan activist Jatupat Boonpattararaksa, or “Pai Dao Din,” and Tattep Ruangprapaikitseree, a chief organizer of the protests in Bangkok, spoke at a panel discussion in the capital. Tattep told a crowd of journalists that his group was planning to expand its reach and build alliances with networks in Isaan and other regions.