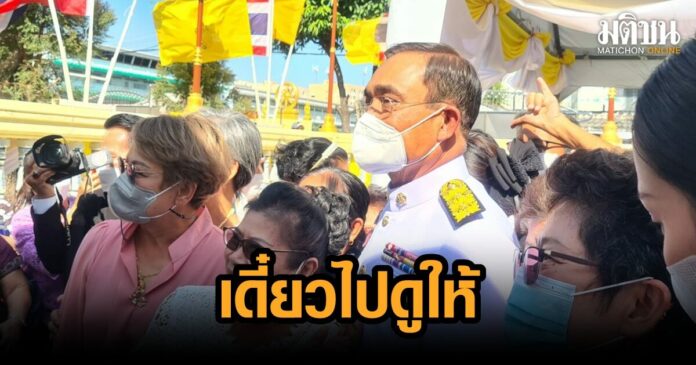 On November 24, reporters reported the movement. of General Prawit Wongsuwan, Deputy Prime Minister As the leader of the Pracharat Palang Pracharat Party (PACC) that after the news flow of Gen. Prayut Chan-o-cha, Prime Minister and Minister of Defense Along with MPs of the PPP, some will go out to join the Ruam Thai Sang Chart Party (RTP) and the unclearness of the return to the PPP again by Capt. Tharn Manat Phromphao, MP for Phayao and MP for the Thai Economic Party (SorTor.) caused confusion in the Prime Minister’s unclearness. and the attitude of General Prawit against such currents

By General Prawit also went to the mission area Constantly meeting people Recently, there is a scheduled trip to Maha Sarakham Province. to preside over the opening ceremony “Inheritance of Wisdom Sustainability economic revitalization” on Saturday, November 26, at 9:00 a.m. at Ko Kaeo, Nong Bua District, Kantharawichai District, who will watch the Mudmee silk fashion show, good stuff in 13 districts, “Precious Silk. of the city of Taxilanakorn” to see OTOP products, livestock projects and released 300,000 aquatic animals