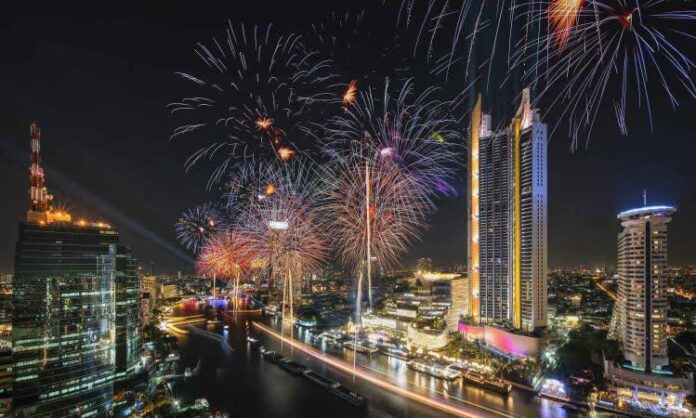 CNN has ranked Bangkok as one of the top 10 locations to celebrate New Year’s Eve this year, as the city’s resurgence after the pandemic places it among the world’s most popular destinations.

Airports of Thailand (AoT) President Nitinai Sirismatthakarn said more than 12,000 flights are expected to arrive at the six international airports under its supervision during the New Year period, bringing as many as two million passengers.

Thailand was also named the top destination for North American and European tourists in a recent BBC News poll, which reported that 57.4% of respondents would choose to visit Thailand over other Southeast Asian nations.