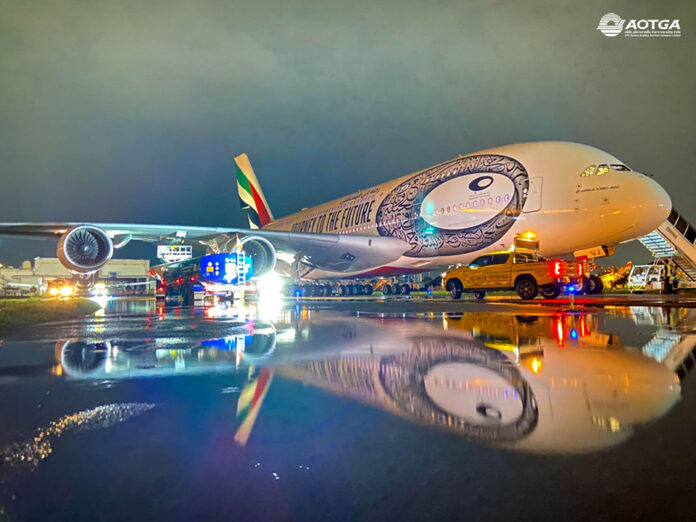 Due to extreme weather conditions an Emirates A380 flight from Guangzhou in China to Suvarnabhumi airport was diverted to Don Mueang Airport on Wednesday night.

Flight EK363 circled Suvarnabhumi airport for more than 50 minutes but was unable to land, so it was diverted Don Mueang, landing at 21.40 hrs. on Sept. 7.

The event was historic as this landing marked the first time an Airbus A380 plane touched down at Don Mueang International Airport.