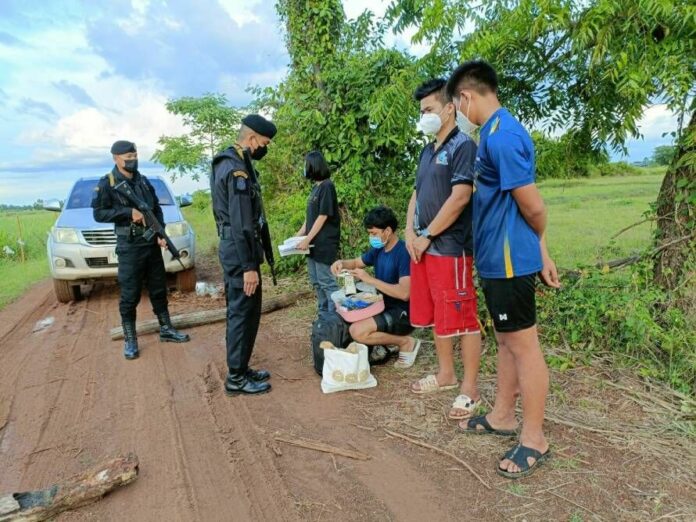 A 14 year old boy and his 29 year old brother have been arrested in the Isaan province of Sa Kaew for human trafficking. They offered transportation services for illegal Thai workers in Cambodian casinos who wanted to visit families in Thailand.

The Thai army rangers and authorities from the Special Unit Infantryman Department investigated areas along the Thai-Cambodia border yesterday and found 3 suspicious men and women walking from out of the forest at the border in the Sa Kaew province, about a 3 bus ride east of Bangkok.

Thai authorities followed until the group reached a rural road in the Moo Baan Nong Ya Kaew community, about 100 metres from the border. The officers revealed that the three people got into a pickup parked on the side of the road and quickly drove away.

The authorities managed to catch them up and questioned the group and the driver in more detail. Two persons…